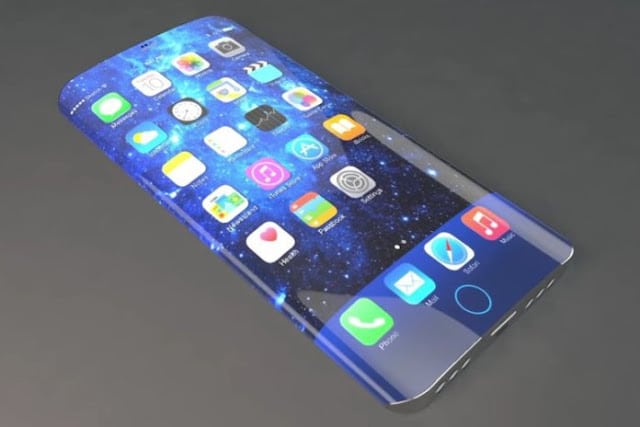 The iPhone 7 and 7 Plus is rumored to have a same design as iPhone 6S but the 2017 iPhone might be a great game change in many ways.

Apple Blogger John Gruber shared some interesting details about the 2017 iPhone in the latest episode of his podcast The Talk Show. He claims that the 2017 iPhone will have edge-to-edge display cutting off all the bezels on the top and bottom.

According to him, the 2017 iPhone will have all-glass-housing on the front and backside. The Touch ID sensor, front facing camera and the speakers will be embedded under the display as mentioned by him.

I think next year’s phone, the 2017 model, the one that will come out in September of 2017. What I have heard – now this is not really from the rumor mill but just scuttlebutt that I’ve heard – is that it will be an all-new form factor.

And there have been some rumors, I guess, but what I’m saying is that I’ve heard this independently and it is completely getting rid of the chin and forehead of the phone. The entire face will be the display. And the Touch ID sensor will be somehow embedded in the display.

The front-facing camera will somehow be embedded in the display. The speaker, everything. All the sensors will somehow be behind the display.What I don’t know… I have no idea, but whether that means that they’re going to shrink the actual thing in your hand to fit the screen sizes we already have, or whether they’re going to grow the screens to fit the devices we’re already used to holding… I don’t know.

This rumor might be true because Apple has already planned to introduce OLED display in 2017 iPhone and OLED display panel would allow the all-glass-housing including edge to edge design. Samsung and Apple have already signed a deal to supply OLED displays to Apple.

Analyst suggests that Apple will remove the home button in 2017 iPhones and embedded Touch ID sensor instead. It has been working on developing touch and display driver integration (TTDI) chips since 2015 which will get the work done. It might change the way we use home buttons in iPhone by 2017.

With the major change in design, it is rumored that Apple might call it iPhone 8 not the iPhone 7s or 7s Plus. It is planning to jump to the iPhone 8 skipping the “S” line.