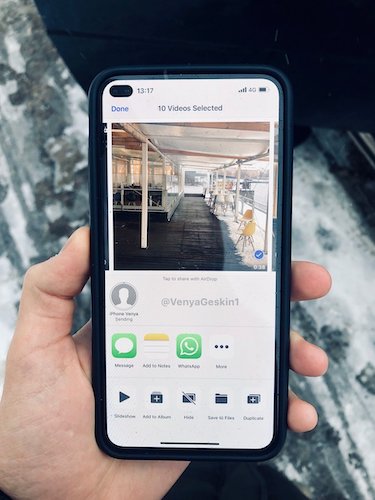 Apple launched an iPhone X with the great design featuring Notch. This year many other smartphones manufacturer launched with the same design as iPhone X notch or in a thinner notch cut out for the FFC(Front Facing Camera) which was the trending for 2018.

Wow! iPhone with the hole-punch display?

With the launch of iPhone XS, XR and XS MAX, Apple featured the Notch and it was great. But is Apple planning to launch a new 2019 iPhone with a Punch Hole Design?

There is the number of rumors around the web that Apple gonna ditch the Notch but what would be the final design of iPhone that likely to be launch in September 2019.

According to the designer Ben Geskin, he tweeted representing the concept of 2019 iPhone that has a hole punch design concept ie double front camera in the display.

Is this could be real iPhone for 2019? Apple has so many challenges in case of launching a new design of iPhones next year.