iMangoss
Home Uncategorized 4-inch iPhone SE lacks 3D Touch functionality: Confirmed
Facebook
Twitter
Pinterest
ReddIt
It is confirmed that the new iPhone SE
will not have the 3D Touch functionality like in iPhone 6S. The 3D Touch
feature was first introduced in iPhone 6S which allow users to react to various
features by the amount of pressure that user presses on the screen. 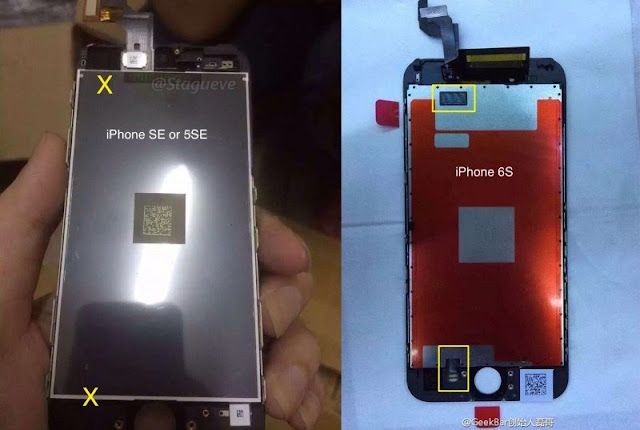 The leaked image from France’sNowhereElse shows the screen assembly comparison between the iPhone SE(left)
and the iPhone 6S(right). The image clearly shows that there is no 3D touch
component on iPhone SE as compared to the iPhone 6S which means the 4-inch iPhone
SE will lack 3D Touch functionality. However it will be packed with more
powerful hardware and features like Apple’s A9 chip, a 12 megapixel camera with
live photos support and Apple Pay support.
The iPhone SE is going to be unveiled at
an Apple event on March 21 or 22 as per rumor. Besides 4-inch iPhone, Apple has also
planned to unveil brand new 9.7 inch iPad pro and new Apple Watch bands.
Stick with us for more news and rumors!