Share
Facebook
Twitter
Pinterest
WhatsApp
- Advertisement -
$2 game Toca Kitchen 2 by Toca Boca AB is now free in the
AppStore for one week as Apple has highlighted this games as free app of the
week. So hurry up and grab this game for your kids. 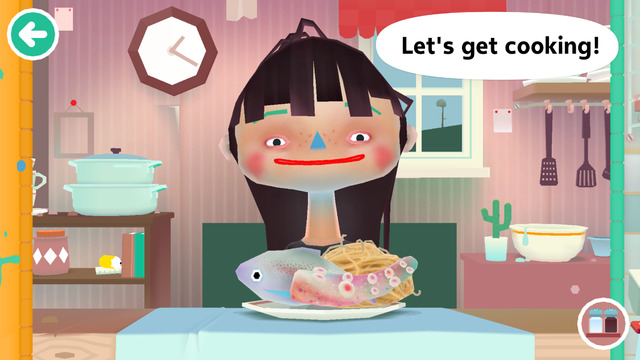 Toca Boca is an award winning game
studio and widely popular game that makes digital toys for kids that help
stimulate the imagination, and can play together with your kids.
In Toca Kitchen 2, you will cook foods
for new types of guests, with more tools to play with and new food combinations
to test out.
Watch Demo Here:

From AppStore
GET CREATIVE
Who said dishes have to be pretty and tasty? In Toca Kitchen 2 you can cook
however you want! Juice tomatoes, boil the salad or make a burger. Come up with
your very own recipes and treat your guests to something special.
MAKE A MESS
With five different kitchen tools to choose from, you have the perfect setup
for preparing fun foods! Load up with your favorite ingredients, add a squeeze
of messiness and finish off with a pinch of weirdness. Time to let your guest
have a bite! Was it a winner?
WATCH THEIR REACTIONS
Discover your guests’ preferences by watching their reactions. Oven-baked fish
head with fried leftovers and lettuce juice coming right up! Oh, they didn’t
like it? Try adding some salt. It’s fun to get the “ew”!
Toca Kitchen 2 Features
New Tools in Toca Kitchen 2
- Advertisement -
New Foods in Toca Kitchen 2
New Condiments in Toca Kitchen2
This game requires an iPhone, iPod touch
or iPad running iOS 5.0 or later and is localized in English, Danish, Finnish,
French, German, Indonesian, Italian, Japanese, Korean, Norwegian, Portuguese,
Russian, Simplified Chinese, Spanish, Swedish, Thai, Traditional Chinese and
Turkish.
Download Toca Kitchen 2
- Advertisement -