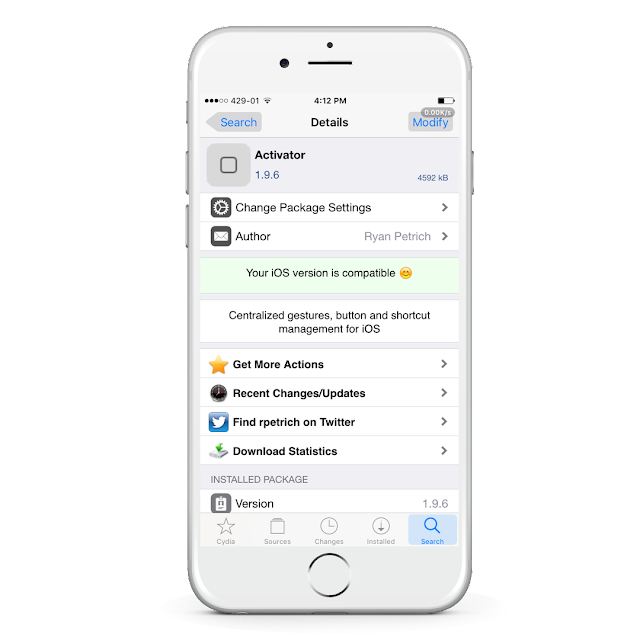 Ryan Petrich has
released Activator which is now compatible with iOS
9. Activator is the centralized gestures, button & shortcut
management for iOS.
In this release, Petrich adds several new
options and features. It allows you to use an Activator gesture to invoke a 3D
Touch action for apps installed on your iPhone. This also works with
third-party apps ie: You can use the Activator gesture to invoke any of the
Application shortcuts available for third party apps.

Along with the new 3D Touch gestures,
there’s also the new Application Shortcuts which allow you to
create deep linked actions to apps using Activator.
Activator for iOS 9 is now available
for download via the BigBoss repo.
Like this Post? Share it…