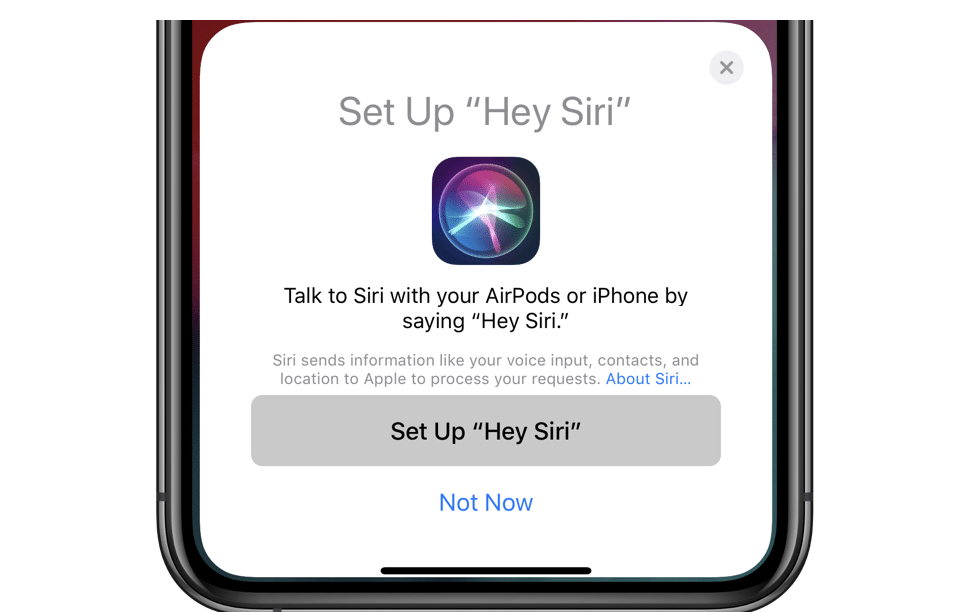 We have seen Always On Hey Siri on iPhone already and now we will be soon getting it on newer AirPods as well.

As found by 9to5Mac, the new setup card on iOS 12.2 beta now has a new message like this “Talk to Siri with your AirPods or iPhone by saying “Hey Siri”. Previously the message did not have “AirPods” included on it.

When pairing the yet to be released AirPods, the user will be asked to set up Hey Siri just like it can be set up for other devices such as iPhones and iPads. This training configures AirPods to respond to only the user’s voice and not the voice of other people.

With the final version of iOS 12.2 and Apple’s newer AirPods, users will be soon able to invoke Siri without having to double tap the AirPods. Instead, the Siri feature can be accessed by saying “Hey Siri”.

Are you excited for the second generation Apple AirPods?