Facebook
Twitter
Pinterest
ReddIt
A newly elected U.S. President Donald Trump repeatedly said during his campaign that Apple should manufacture
its own products in United States of America with “Made in America” Labels and give employments
to American peoples. Apple has been manufacturing it’s all Apple products in
China a years ago. So it’s a big changeling to Apple in the mobile market to
stand up with other smartphones like Androids and other as manufacturing
iPhones in the United States may rapidly doubles the iPhone cost as compare to
cost of China. 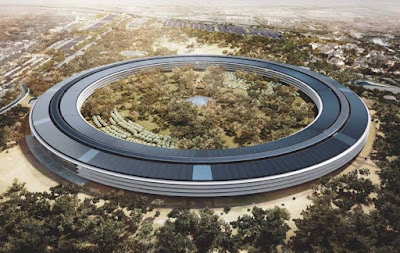 Beside that Japanese Nikkei reports that
Key Apple assembler Hon Hai Precision Industry,
also known as Foxconn Technology Group, has been studying the possibility of
moving iPhone production to the U.S.

“Apple
asked both Foxconn and Pegatron, the two iPhone assemblers, in June to look
into making iPhones in the U.S.,” a source said. “Foxconn complied, while
Pegatron declined to formulate such a plan due to cost concerns.”

The source also says that “Making
iPhones in the U.S. means the cost will more than double.
Apple’s Chief Executive Tim Cook told
CBS’ 60 Minutes program in December 2015 that America simply did not have
enough skilled workers for the production of iPhones.
An industry executive familiar with the
iPhone production process also said it would be difficult to produce the device
in large quantities in the U.S.
“To make iPhones, there will need
to be a cluster of suppliers in the same place, which the U.S. does not have at
the moment,” the executive said. “Even if Trump imposes a 45% tariff,
it is still possible that manufacturers will decide to continue production
overseas as long as the costs together with the tariffs are lower than the
amount they need to spend on building and running production lines in the
U.S.”
Another industry source said: “It
is not easy to make iPhones in America, unless the U.S. government subsidizes
local companies for producing domestically.”
Source: Nikkei