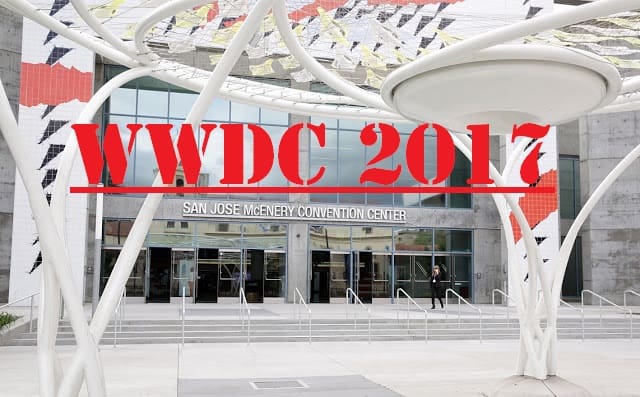 As expected, Apple sent out press invites for WWDC(Worldwide Developers Conference), which would take place with a keynote presentation on Monday, June 5-9 at 10am Pacific Time as reported by 9to5Mac.

Apple’s keynote WWDC 2017 will take place at the McEnery Convention Center in San Jose, California. The location is changed from the previous venues which was frequently held in San Francisco.

The WWDC 2017 venue is just a few minutes away from the company’s headquarters in Cupertino.The five-day Keynote event will focus on newest versions of Apple’s platforms
like iOS 11, macOS, tvOS and watchOS. Apple also introducing new hardware
updates, iPad Pro and and a next-generation Apple TV with 4K video support.

Along with that Apple would unveil iPhone 8, new Siri Powered Smart Speaker to rival the Amazon Echo and Home Hub at WWDC 2017 as rumoured.

The conference would be live-streamed through Apple Developer website (developer.apple.com/wwdc) and WWDC app for iPhone, iPad and Apple TV.

So Are you eagerly waiting for WWDC 2017?

How to use Apple’s HomePod Speaker

How to completely disable Reachability feature on iPhone 6…