Apple seeds iOS 12.1 Beta 5 to developers with a build number 16B5089b for iPhone and iPad. This beta does not come with any new features but focuses on fixing bugs and overall performances.

iOS 12 comes up with many new features like group Facetime call with up to 32 people, iCloud sync for Memoji and more. Also, a new code found in the previous beta suggests landscape mode support for Face ID.

The registered developer can easily download and install the beta 5 of iOS 12.1 from the Settings app which is an OTA update. 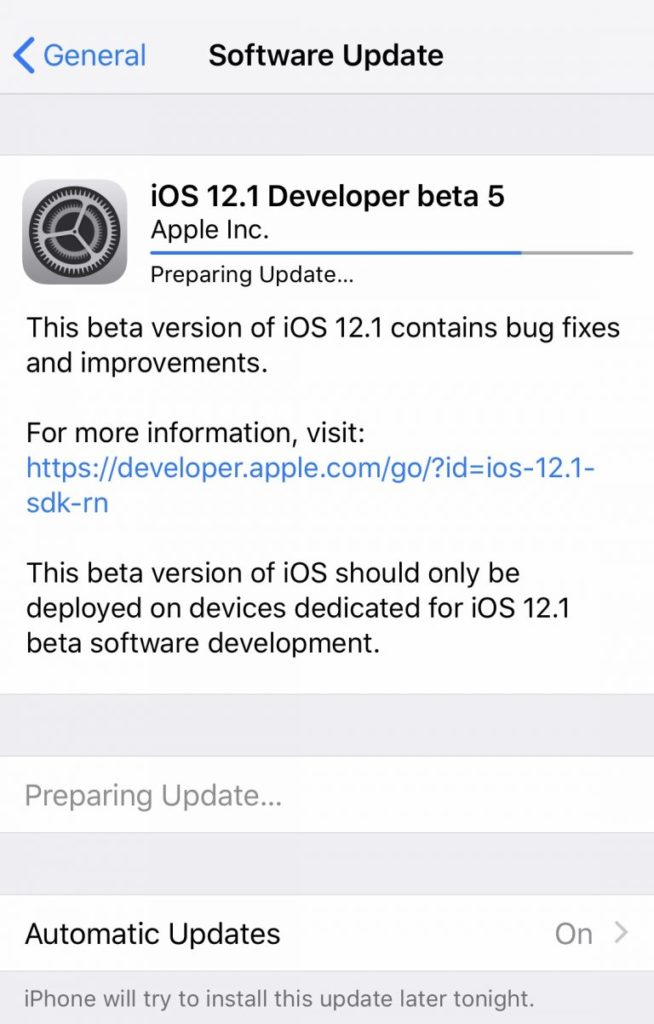 Along with that, Apple also releases fifth betas tvOS 12.1 and watchOS 5.1 for developers.

We are still looking for any changes in this new beta. If found, we will update it in the next post and it is likely to be release to general public with the launch of new iPad Pro next week.