With the continuous release of iOS 10.2 Beta 7 with a build number 14C92 to developers and public testers Apple has officially released the final version of iOS 10.2 for iPhone, iPad and iPod touch with full release notes featuring new TV app, new emojis, new iPhone 7 and iPhone 7 Plus wallpapers, additional camera features and some changes in Apple Music with bugs fixes and other improvements. 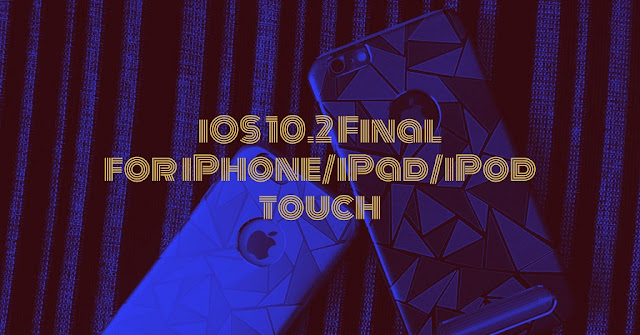 iOS 10.2 introduces new features
including the TV app (US Only), a new and unified experience for accessing your
TV shows and movies across multiple video apps. Emoji have been beautifully
redesigned to reveal even more detail and over 100 new emoji have been added
including new faces, food, animals, sports, and professions. This update also
includes stability improvements and bug fixes.
Along with that, Apple also Releases watchOS 3.1.1 for Apple
Watch and tvOS 10.1 for Apple TV.
Here are the full release notes for the
firmware update of iOS 10.2.

Other improvements and fixes

iOS 10.2 is available for download via OTA over-the-air on iPhone 7- 7 Plus and other compatible devices like iPhone 6s-Plus, iPhone 6 – Plus-, iPhone 5-5C-5S-SE from iOS settings app or you can update through iTunes.