iMangoss
Home Apple News Apple releases iOS 9.3.3 Beta 1 to Public Testers for iPhone, iPad...
Facebook
Twitter
Pinterest
WhatsApp
ReddIt
Mix
Just a days ago, Apple released the
first beta of iOS 9.3.3 to developers and has now made officially available to
public testers as well for iPhone, iPad and iPod touch. The update comes
just one week after iOS 9.3.2 was released to the public, which brought
about a Bluetooth fix for iPhone SE models and other improvements. 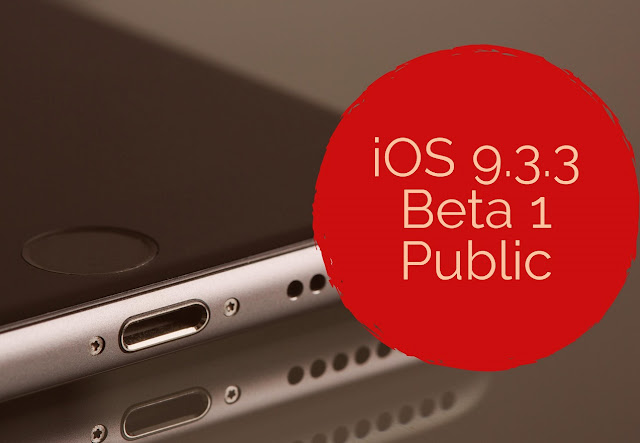 This beta version of iOS 9.3.2 contains
bug fixes and improvements and is likely to be release to fix bricked issues
experienced by 9.7-inch iPad Pros. The public iOS 9.3.3 beta 1 update is available through
over-the-air (OTA) for devices registered with Apple’s beta program and Apple’s
online developer centre.
Additionally, Apple has also seeded the
first beta of OS X 10.11.6 to public testers with various bug fixes and
improvements.
We will be
giving more information about this new beta if any features are
spotted. Till then Stay with us for more updates.