Apple
released iOS 9.3 beta 1 a week ago with features like Night Shift mode, Education
app, Notes app enhancement and other cool stuffs. With the release of
that Apple has seeded iOS 9.3 beta 2 software update for developers for iPhone, iPad and iPod touch.
The update is avaialble via over-the-air update for devices running iOS 9.3beta 1 or via Apple’s developer Member Center and should be available to public beta testers soon.

Oct 25, 2019
Prev Next 1 of 227
iOS 9.3 beta
2 includes several new features such as Night Shift, secure Notes, new 3D
Touch actions, support multiple Apple Watches, Quick Actions for the Weather,
Settings, Compass, Health, App Store, and
iTunes Store apps, along with new Peek and Pop gestures for the App Store, New toggle in Music settings panel: ‘Add Playlist Songs to My Music’, Removed
‘Set Wallpaper’ option from Settings app Quick Action menu and more. As expected, iOS 9.3 beta 2 includes a toggle mode on
and off for Night Shift mode in the Control Center which changes the
temperature of your device’s screen and lets you to warms up your screen
to match your lighting at night. It
comes with a new eye-shaped icon as seen in the screenshot below. 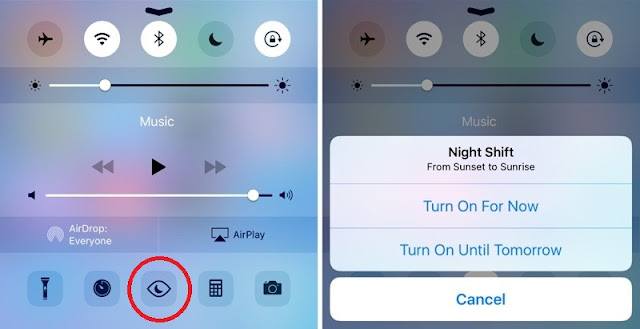 Here are the devices iOS 9.3 beta
2 is compatible with:
If you have seen something new in this version then let us know in the comment below..
Also see:
How to enable iOS 9.3’s Night Shift mode on older iOS version
iOS9
Share