Facebook
Twitter
Pinterest
ReddIt
Apple has just released a new iOS 9.3.3 beta
1 for developer for testing on iPhone, iPad, and iPod touch. The update comes
just one week after iOS 9.3.2 was released to the public and is only
available for registered developers via OTA and Apple’s online developer centre. 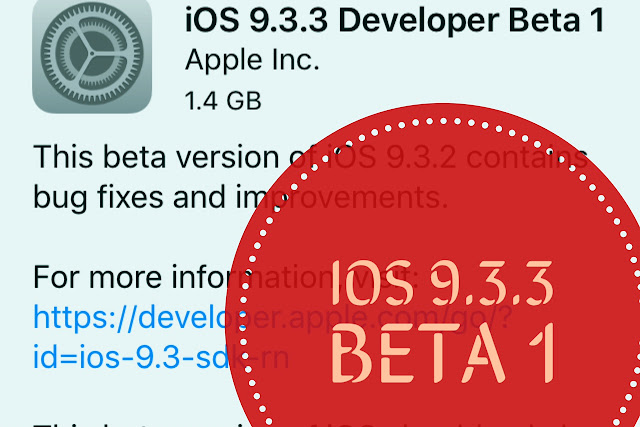 The release notes mention iOS 9.3.2
instead of iOS 9.3.3:
This beta version of iOS 9.3.2 contains
bug fixes and improvements. So this could be a mistake, but it is likely to be
release to fix bricked issues experienced by 9.7-inch iPad Pros.
We will be giving more informations
about this new beta. Till then Stay with us for more updates