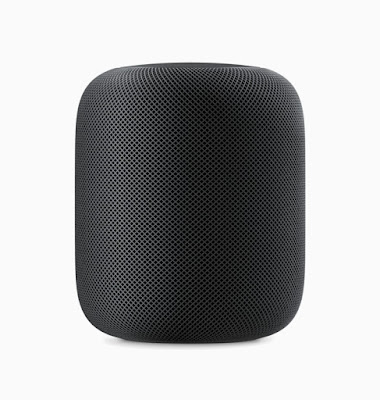 Apple has unveiled its brand new speaker “HomePod”. It was
rumored that Apple would launch a speaker called “Siri Speaker”. But it has
named it as “HomePod”

HomePod is 7 inches tall and has 7 tweeter array and 6
microphone on it. It can be accessed through Siri with a beautiful siri animation
on top of “HomePod”.
With “HomePod” and Siri, you can access to Music, News, Unit
conversion, messages, reminders, translation, stocks, general knowledge and
more. In addition, you can access information information
like: Siri, News, HomeKit controls, traffic, Sports, Weather & more.
Apple’s HomePod now bids good competition
against Amazon’s Alexa and Google.
HomePod is coming on December and is priced at $349 and will
be available in three different countries; US, UK and Australia and will be
shipping to more countries within next years.

Are you excited buying HomePod??

Change “Press Home to unlock” to anything you like | No…