Facebook
Twitter
Pinterest
ReddIt
Business
Insider reports that Apple is integrating augmented reality technology
into the iPhone’s camera app.
Report also
says that Apple has a secret team working on AR technology and a person familiar
with the matter says Apple also recently hired an expert in head-mounted
displays develops special glasses.
Along with that BI also confirmed previous reports that Apple is working on
digital glasses that would also offer augmented reality features. The
glasses aren’t expected until 2018 at the earliest.
Augmented
reality is an exploding field in technology in which digital objects are
superimposed onto the real world. By adding AR technology into the iPhone’s camera
software, Apple wants consumers to be able to point the phone at a real-world
object and have it be recognized, according to the person familiar with the
matter. That would require creating or licensing a database of 3D objects. 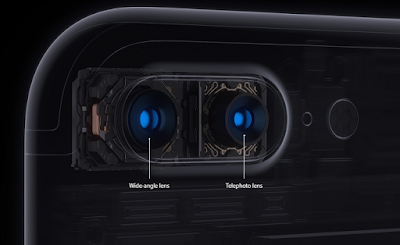 Another early
feature for Apple’s AR integration into the camera app could be to recognize
and manipulate people’s faces. Apple integrated facial recognition technology
into the photos app in the most recent version of its iOS software, and
purchased FaceShift, a company with similar technology in 2015.
Eventually,
the person said, after the AR features are built into the iPhone camera app,
Apple will release the technology behind them as an SDK for app developers,
like it did with its Touch ID fingerprint sensor. At that point, Apple will
become a competitor to companies like Vuforia and Blippar.
Source: Business Insider