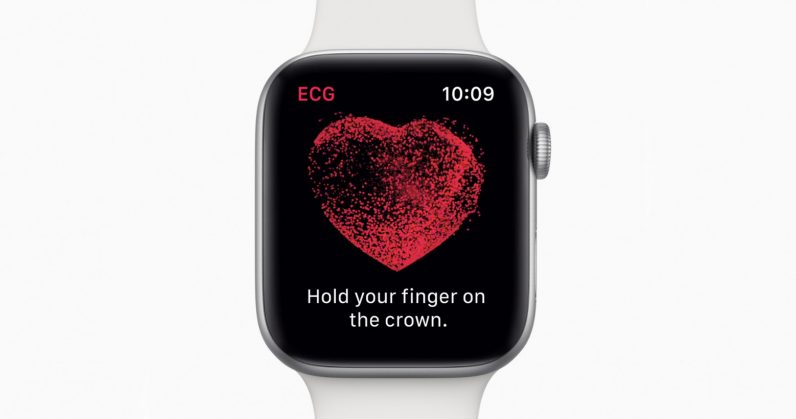 We’ve heard countless stories about how Apple Watch saved lives. Seeing new tech helps us to keep a better track of health and diagnose impending issues is exciting. The man wrote about Reddit and explained how the ECG app helped to diagnose other life-threatening issues that needed immediate attention.

Paul Harrison recalls how healthy he had been and trained for a marathon to come. Paul had heart palpitations that refused to stop and he took Apple Watch’s help to see what was wrong. It should be noted that since the ECG app is available on Apple Watch in the UK, it has only been a week.

On the 5th of April, I was getting palpitations all of a sudden which didn’t seem to stop. While wearing my Apple Watch series 4 which had just had the ECG function just released a week before i thought I would use it just to see what was happen when it flagged up with an atrial fibrillation warning it made me more concerned with what was happening.

After the Apple Watch alerted him of atrial fibrillation, Harrison decided to seek medical attention. On July 3rd, it was decided after consultation and a series of blood tests that he needed open heart surgery and the same is scheduled.

With a series of events which ended up with me in accident and emergency that evening to being told that I shouldn’t do the marathon which was only 10 days away just on a precaution to now 2 and a half months later after a series of tests being told I need to have a valve repair surgery via open heart surgery sooner rather than later which is currently booked for Wednesday 3rd of July.

Harrison also mentioned how, if not for the ECG function of Apple Watch, he would have ignored this issue. He would have gone ahead with the marathon in which case, and it would have led to a fatality. The ECG feature is now being supported in selected countries. Use Apple Watch as a device for health monitoring? In the comments below, let us know.