Facebook
Twitter
Pinterest
ReddIt
Apple is said to launch its Wireless
Airpods at the end of October 2016 but it has again postponed its launch date.
According to the Economic Daily News and DigiTimes, Apple Wireless AirPods may not
go on sale before January 2017.
“Apple originally planned to release the
AirPods at the end of October, but has postponed release,” reads the article.
“Inventec is expected to begin shipping AirPods in January 2017,” the paper
noted. Apple’s website now simply states that the AirPods are “coming
soon” without providing any specific timeframe. 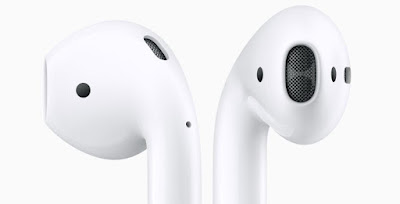 Apple did not give a reason for the
delay in launch of the AirPods and the Chinese report does not
elaborate on the reason for the delays. Apple has already seeded some
reviewers with pre-production AirPods units.
Chinese media does not have a
flawless track record with Apple rumors in terms of accuracy, but it is
generally a more reliable source with supply-chain focused news such as this
story. Apple’s website merely says AirPods are “coming soon”.
Via DigiTimes 9to5mac