Facebook
Twitter
Pinterest
ReddIt
Apple officially
announced and has sent out press invites for a September 7th event at Bill
Graham Civic Auditorium in San Francisco simply saying “See you on the 7th” at which the company is expected to unveil the next generation iPhone 7 &iPhone 7 Plus, updated Apple Watches and possibly a new MacBook Pro. 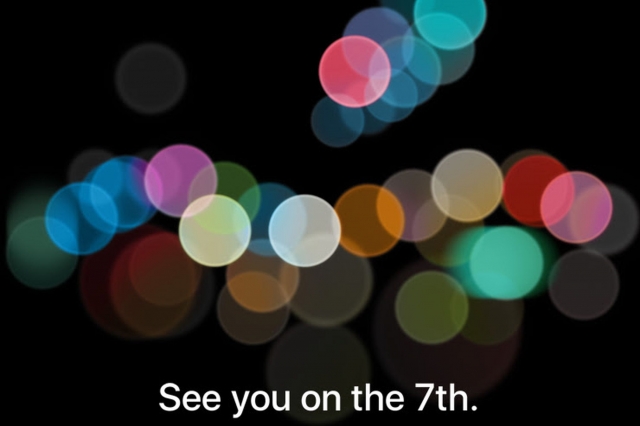 It’s widely expected that the iPhone 7 will feature smart connector, simplified antenna bands, dual lens camera, no headphone jack, and a dual speaker for
stereo audio whereas iPhone 7 Plus is expected to get a dual lens camera, 3GB
of RAM, Smart Connector. and other many predictions as water proofing, a
new space black color instead of space grey,
and a Force Touch Home button with haptic
feedback.. Along with that Apple may finally ditch 16GB entry model and move up
to a 32GB model as well and it’s probably come in 256GB option as well.

The iPhone 7 would become available for pre-order on September 9th and be released in
stores on September 16th.
Beside that iOS
10, tvOS 10, and watchOS 3 will likely be released a
few days before the launch of the new iPhone 7 as it hasn’t been confirmed
yet, but Apple will most likely streaming the event live on its website.
Stay updated
and don’t forget to follow iMangoss on Facebook, Twitter, Google+, or RSS for more updates…