iMangoss
Home Apple News Appel’s Secret iPhone Calibration Machine leaked
Facebook
Twitter
Pinterest
ReddIt
Some photos of Apple’s secret ‘iPhone
Calibration Machine’ has been leaked online. The machine is used to monopolize
certain types of iPhone screen replacements including calibrating the camera and
sensors.
As described by a third source, Apple
started using these soon after the release of the iPhone 5S.

The image of the machine was showed by Jason Koebler via Motherboard’s as snapped
and sent by an anonymous tipster who used to work at the Apple Store. 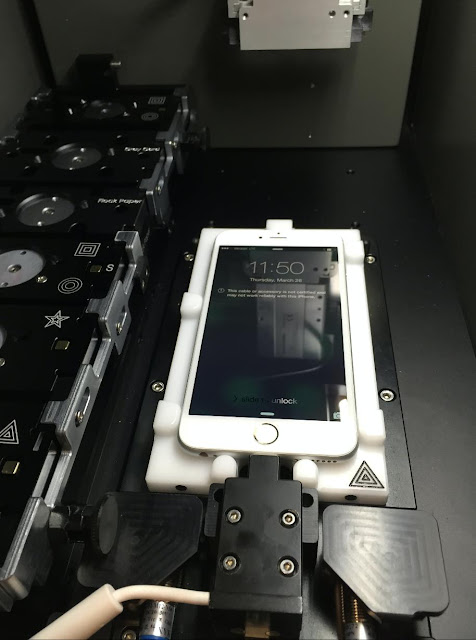 “It was a big clunky machine that honestly looked like someone built it in
their backyard,” a former Apple Genius tells Koebler. “There were
different ‘moulds’ that different iPhone models would go into before going in
the machine, and it would take around 30 minutes … there was some weird liquid
that needed to be placed in the machine that we would have to wear gloves with
to fix it. Lots of gas type valves and whatnot. It literally looked like some
backyard home job. Not very Apple-like at all.”

It’s not surprising that Apple has
proprietary technology to test iPhone repairs before they’re given back to
customers, but the most important thing the machine does is allow a new Touch
ID button to be paired with an old device.
It would be great if a machine like that
were available to independent repair shops. Isn’t it?? Let us know what you
think in the comment below.
Click here for more details