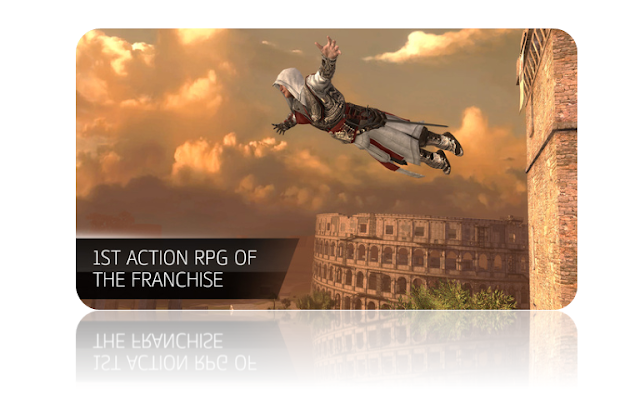 The popular role-playing gameplay
Assassin’s Creed Identity by Ubisoft has been released worldwide for iPhone,
iPad, and iPod touch when made its initial launch in Australia and New Zealand.

Assassin’s Creed Identity is the
first action RPG game which explore the ITALIAN RENAISSANCE through the eyes of
your OWN ASSASSIN, complete dozens of missions and unravel the epic mystery of
The Crows.
Assassin’s Creed is one of the most
popular franchise of all time. Its success has been built through years with
famous titles such as Assassin’s Creed Syndicate, Assassin’s Creed Unity, and
Assassin’s Creed Black Flag etc.
This game is available in: English,
French, Italian, German, Spanish, Russian, Simplified Chinese, Traditional
Chinese, Brazilian, Japanese and Korean and supports Game Center achievements
and leaderboards.

Assassin’s Creed Identity is
available worldwide priced at $4.99 in the App Store and requires an iPhone,
iPad and iPod touch running iOS 7.0 or higher. Works better with iPhone5 or
later
Features
CREATE, EVOLVE AND CUSTOMIZE YOUR ASSASSIN!

TONS OF MISSIONS AND POSSIBILITIES!

THE TECHNICAL EXCELLENCE OF THE ASSASSIN’S CREED GAMES!

Apple updated its Free App of the Week to HoPiKo