Facebook
Twitter
Pinterest
ReddIt
Bank of America now adds ability to withdraw cash from an
ATM via Apple Pay. That is Apple Pay can be used to make withdrawals and
transfers at Bank of America ATMs without the need for a physical card. This is
really cool and only works at some ATMs of Bank of America. 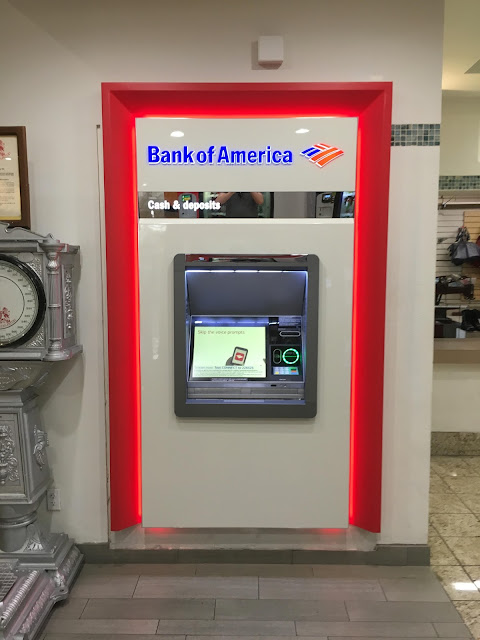 It was first noticed by a user on Reddit, that Bank of
America is outfitting some of its ATMs with Apple Pay support and the ability
to withdraw cash using it.
“He noticed the new ATM in a building in Redondo
Beach, California. He tested withdrawals at this ATM with my Chase Visa,
Citibank MasterCard, Charles Schwab Visa, and UNFCU Visa debit cards in Apple
Pay. All of them made it past the PIN entry and amount selection screens, but
got stuck when the ATM was about to spit out the cash. The ATM gave an error that
the transaction was not supported and that the card should be inserted in the
card slot to continue with the transaction, so third party cards seem to not
work at this point and finally  he test
withdrawal at this ATM with my physical Charles Schwab debit card and the
withdrawal processed just fine.”
You can now able to use withdraw cash from ATM via Apple
pay without need of Debit Card. And note that deposits are not supported when
using the ATM with Apple Pay and this feature only works with Bank of America
cards, not any other bank. If you try from another bank’s card via Apple
Pay at the Bank of America ATM, the machine will display an error.
Source: Reddit