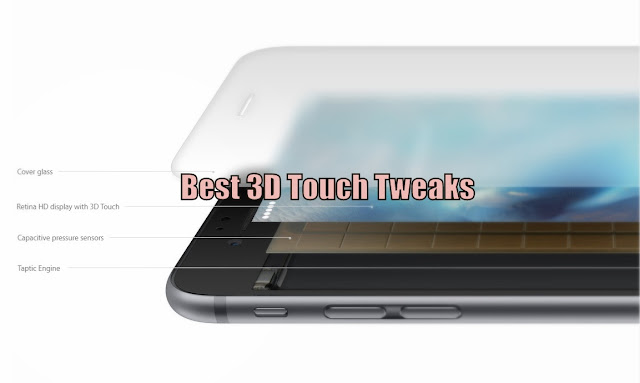 3D Touch is the best new killer features in iPhone 6S and iPhone 6S Plus which Apple had spent over 5 years to develop 3D Touch Functionality in it. The new feature allows the display to sense how much pressure is being applied and allows users to open up apps in a new way (Quick Actions, Peek and Pop, Turn Your Keyboard into a Trackpad etc) to interact with their phones. 3D Touch maily works in stock app and there are already a number of apps that have been updated for 3D Touch compatibility every day.

So let’s get started….

Though Apple didnot allow 3D Touch features for older devices, but there is a chance to get 3D Touch features on your older devices too if you are on iOS 9  – 9.0.2 and had already jailbroken. If you are not yet jailbroken and willing to install all these tweak then here’s step by step guide on How to jailbreak iPhone, iPad and iPod touch running iOS9 – 9.0.2 using Pangu. 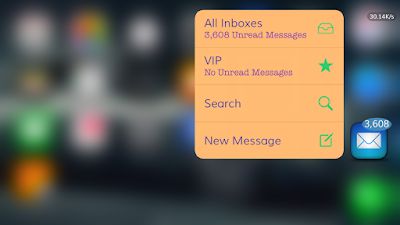 Shortcutix is a jailbreak tweak that allows you to customize every single part of Shortcut menu which includes title color, fonts, icon color, background color, border color, blur style and more. It’s so smooth to use & beautiful to see. Shortcutix is available in Cydia via BigBoss Repo for $1.30. You can also configure from the settings app as well.
Tactful 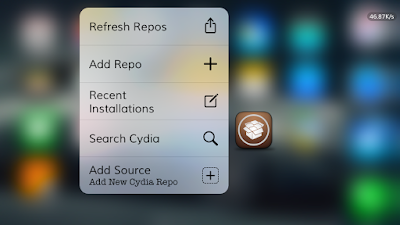 Tactful is very useful tweak for Cydia app which lets you add shortcuts like adding a repository, refresh the repositories, instantly go to search, go to recent installation as well as peek and pop features to install or remove into any packages cell (Search, Installed etc) Tactful is available for free in Cydia’s BigBoss Repo and you have no options to configure after installing this tweak.
Appendix 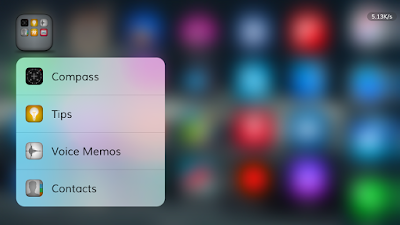 Appendix is jailbreak tweak which adds 3D touch support to folders with more than 4 applications ie; you can quickly launch apps without opening the folders. You can also have option to configure from settings. Appendix is available for free of cost from BigBoss Repo.
Shortcuts 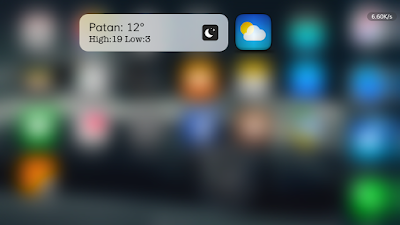 Shortcuts is a jailbreak which allows you to add force touch menu and adds more shortcuts for Settings, Cydia, Weather, Spotify and more. Shortcuts is available for $0.99 from Cydia’s BigBoss Repo and can be configure from settings preferences.
Point-And-Shoot 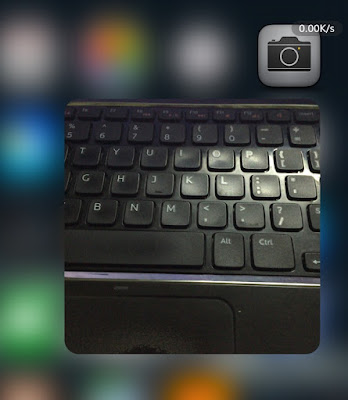 Point-And-Shoot is a jailbreak which changes the default camera quick action and allows user to access the camera without opening the camera app. With this you can flip the camera by double tapping in it, take a photo with a single tap and more. You can also configure from the settings app. Point-And-Shoot is available for free via BigBoss Repo.
CalculatorCopy 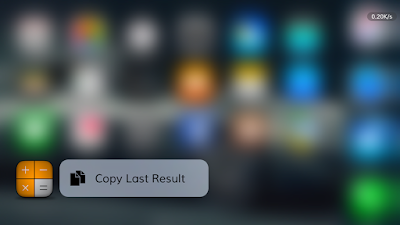 CalculatorCopy is a jailbreak tweak which adds Mimics iOS 9.3’s shortcut quick actions for calculator app. That is you can directly copy the last result from the homescreen.  After installing this tweak you have no options to configure. This tweak is available for free from Cydia via BigBoss repo.
Unlimshorcut 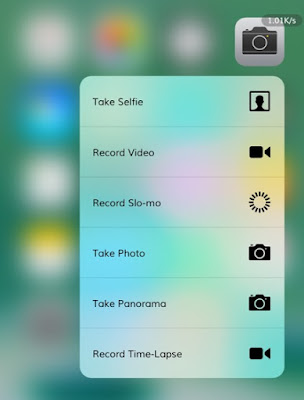 UnlimShortcut is a jailbreak tweak that allows you add two more quick action shortcuts to any app by removing the four shortcut limit. After installing this tweak, you can configure from the preferences in the settings app which contains a lot more feature that allows you to change the width, height, title font, and max icon size for the quick action menu
CamTouch
CamTouch is the tweak which actually adds the two additional shortcuts to the stock Camera app. After installing this tweak you have no option to configure from settings but It simply adds the two additional modes to the Camera app’s quick action shortcut menu. CamTouch will only work when UnlimShortcutis installed.
Hapticle
Hapticle is a jailbreak tweak which adds a subtle haptic response to the various 3D touch tweaks. Hapticle is available for free from Xarold Repo (http://repo.xarold.com/)

Traverse
Traverse is a jailbreak tweak which allows users to create 3D touch actions for applications directly on their devices and assign URL schemes to the respective action and also offers a unique interface to add the actions with the title of the action, subtitle, the app bundle and the URL scheme. It is also available for free from Cydia and you can have option to configure from the settings app.

Installing Cydia Tweaks
To install the Cydia tweaks, simply open Cydia – Tap on Search and type the name of the Cydia tweak that you want to install and Tap install. That’s it!
Note: Respring your device every time you install new tweaks. The tweaks may not work properly if you do not respring or reboot your device.

Apple Announces Winners of the 2020 Apple Design Awards. Apple has been awarding for great design apps for more than two decades. Their apps...
Read more
Previous articleTop Best Games Enhanced with 3D Touch for iOS
Next articleJailbreak tweak TextSearchPro: Lets you search the web or define words quickly from anywhere