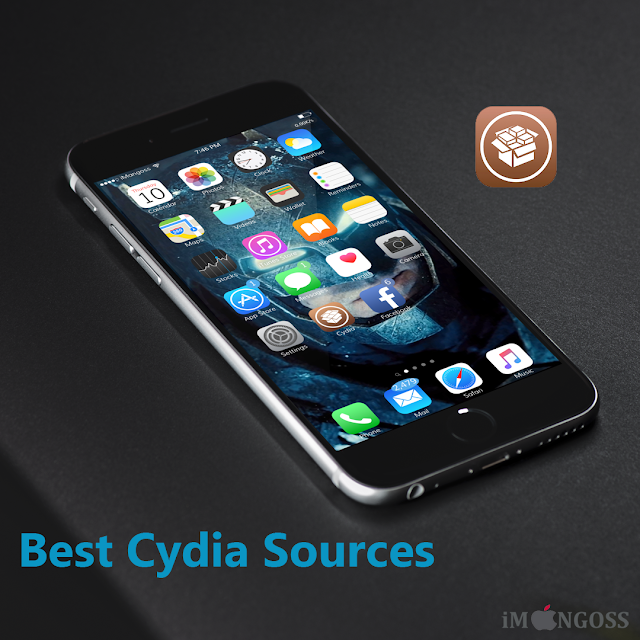 Cydia is an open, decentralized platform that helps you to install software packages hosted by the independent repositories, also called sources or repo.

You are free to add un-trusted third party sources but you have to add at your own risk. So beside these Cydia’s default repos there are many more Cydia sources/repo for iOS 11, iOS 10, iOS 9 and lower which I listed as a best 2018 Cydia sources/repo for jailbroken iPhone, iPad and iPod touch which includes millions of tweaks, themes, Addons, Utilities, development & much more.

You can check out in the list of Cydia sources section of the cydia. By default, Cydia includes BigBoss Cydia/Telesphoreo, ModMyi and ZodTTD & MacCiti which contains thousand of popular and useful packages but below listed are top cydia sources available for free.

BigBoss Repo is one of the largest repo in Cydia and is default repo which includes paid as well for free tweaks, themes, apps, wallpaper, games, addons etc.

ModMyi is another default repo in Cydia which includes many more stuffs like BigBoss.

HackYouriPhone is a third party cydia sources & is popular for hacking and craking. You
can add this repo at your own risk. It includes thousands of wallpapers, Addons, Themes, Tweaks and many more useful stuffs.

BiteYourApple is a also a third party cydia souces and popular source for apps & themes.It also contains some bonus tweak which is not available in default repos.

Xsellize is third party Cydia sources and is famous for  various games  like Gameboy,
Racing Games, Sega, NES, and more. It also includes many useful tweaks, apps and themes.

How to add Cydia sources / repository on your jailbroken iPhone, iPad & iPod Touch

Step 3. On the upper right corner Tap Edit and then Add you favorite repo link 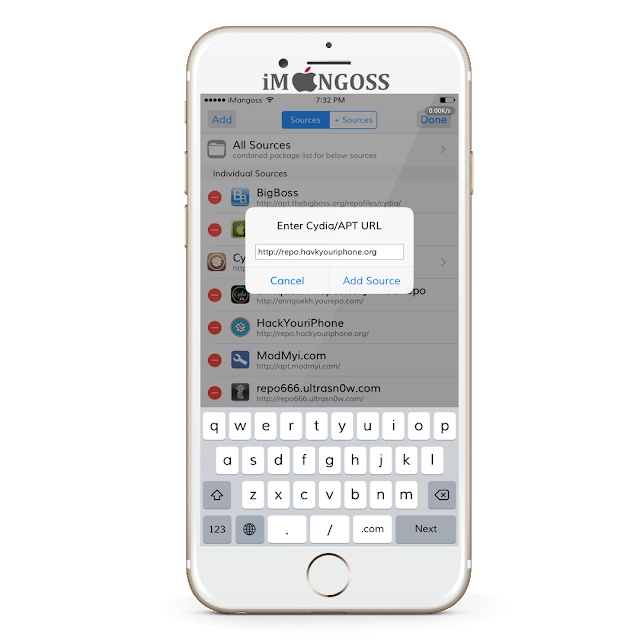 Step 4. After you added a Cydia/APT URL, Tap Add Source.

That’s it. You have successfully added a repo.

Now you can install any tweak, themes and many more stuffs you like.

If your device is not yet jailbroken then follow step by step guide on;

How to Jailbreak iOS 11.1.2 using Electra