Here are some top best jailbreak tweaks for Control Center for iOS 11, 10, 9, 8 or below that you should install right on your iPhone-iPad.

Control Center was introduced in iOS 7. Since then Apple has similar iOS control center features in iOS 10 also except Night Shift mode. So there are lots of features and function Apple included in the iOS 11 and iOS 12 beta. But there are many alternatives that you can
add if your device is jailbroken. There are tons of jailbroken control center tweaks available in Cydia that you can install on your iOS 11 or 10 devices. 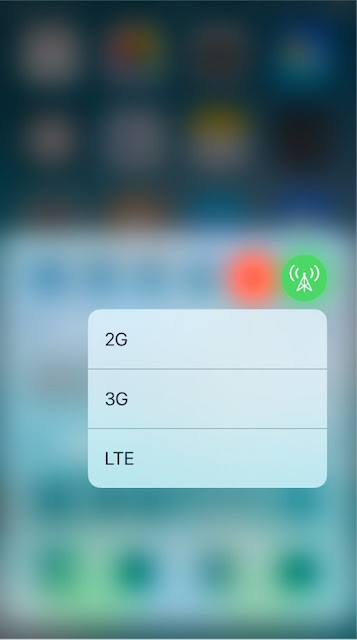 CCRecord (iOS 10): is a jailbreak for iOS 10, 11 control center which allows you to record your screen with only one tap on a button in Control Center. CCRecord (iOS 10) also support FlipSwitch and when recording you’ll see a small icon in the status bar. 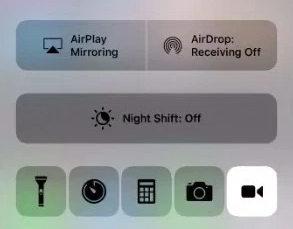 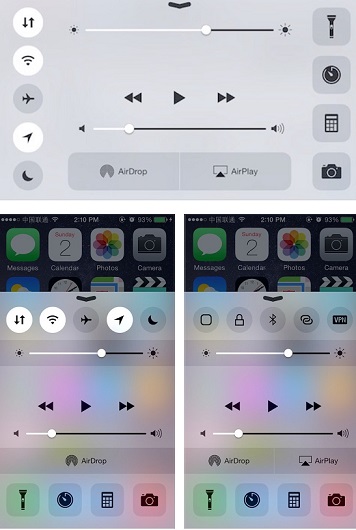 CCMore is available for $1.99 from BigBoss Repo and is compatible with iOS 8 and 9.

CCSmoothSlider: is a free control center jailbreak tweak which removes the ugly slider for brightness and volume on control center and replaces it with a clean new one.

CCSmoothSlider is compatible with all iPhone, iPad and iPod touch.

CCRespring: is a free iOS CC tweak that enables quick respring or reboot in your control center. 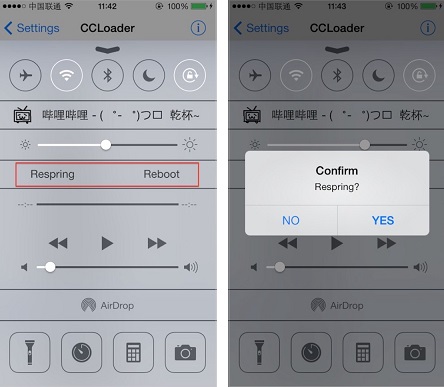 CCMeters: is a lightweight system information widget for the Control Center. It requires CCLoader to be installed. Meters are customizable where you can change icon and value colors also. 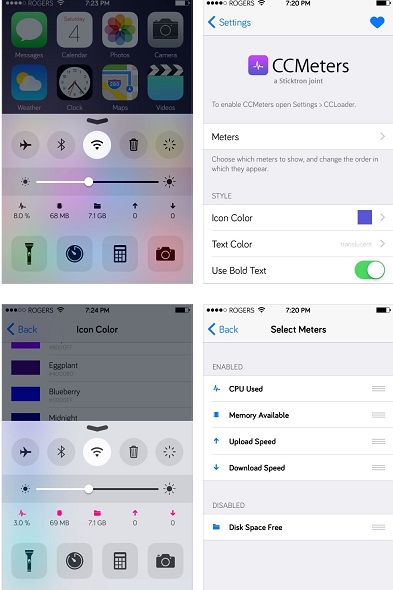 CCBackground: is a control Center tweak which lets you changing control center background from your Camera Roll. 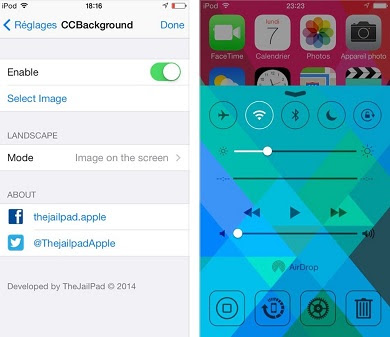 CCClockOpenToAlarm+: is a jailbroken cydia tweak for Control Center that open the alaram sections instead of the timer.

CCClockOpenToAlarm+ is compatible and is available for free in Cydia’s BigBoss Repo.

CCColor: CCColor lets you change the control center color with your own custom color. 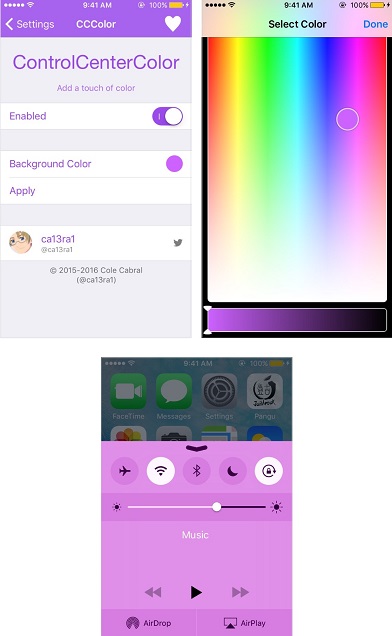 CCColor supports iOS 9 or later and is for free. 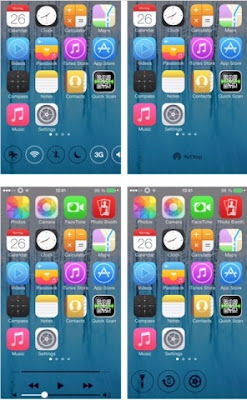 CCDock is available for $1.49 via BigBoss Repo.

CCFlashLightLevel: is a jailbreak tweak for control center that lets you adjust the LED flashlight level directly from the Control Center using its Torch button. CCFlashLightLevel is compatible with iOS 7 and 8 & may be partially supported iOS 9 and 10 which is available for free.

More Jailbreak Tweaks for Control Center that supports iOS 11, 10 or 9 or 8 or 7

These are the best iOS 10, 9, 8 or 7 jailbreak tweaks for Control Center, among all above tweaks please choose your favorite Control Center tweak and install on your iPhone-iPad. If your device is not yet jailbroken then here’s how to jailbreak your iPhone on iOS 10.2, 10.1.1.

Please let us know in the comment sections if there is any other control center cydia tweak you are known with.