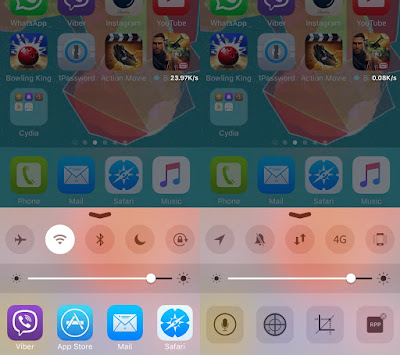 CCSettings
is a most popular tweak for the jailbroken iDevices. It is used to toggle
various shortcuts from the ControlCentre. But there is a new tweak called
CCQuick Pro which not only provides all the functions of CCSettings but also
adds bunch of features like viewing the most recently apps from the
ControlCentre, statusbar gestures to lock the device, takes screenshots, open
multitasking & more.

If your device has not yet jailbroken, then follow this step by step guide to to jailbreak iOS 9.0.2 untethered by Pangu.