Share
Facebook
Twitter
Pinterest
WhatsApp
- Advertisement -
A new cydia tweak called
CCRecord is now available in Cydia for iOS 10 jailbroken devices which allows users to record their device’s
entire screen with audio directly from the Control Center. You can now record your iPhone, iPad or iPod touchs screen directly
from Control Center both from lockscreen and homescreen which is very easy and fast. You don’t need to unlock your
iPhone and find a screen recorder app in Homescreen and start begin to start
anymore.
Most of us are very curious about
recording the quality videos to post either in Facebook, Instagram, Youtube
& many other social networking sites or for personal use. Now you can take
some advantage with iOS 10 CCRecord if you are video lover. CCRecord for iOS 10 is the best HD
screen recorder for iPhone, iPad & iPod touch that allows you to record
your device screen at high frame rates into a high quality MOV video with audio. 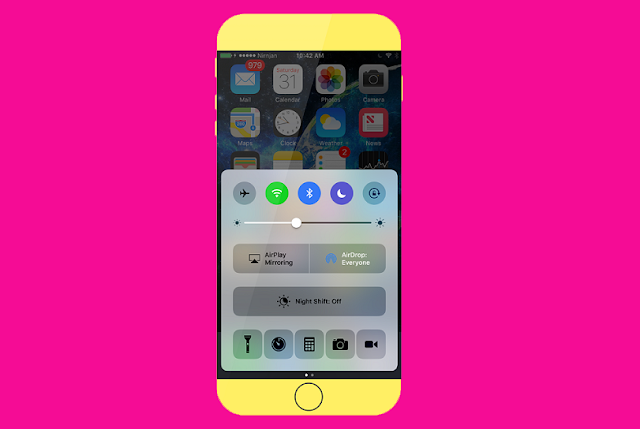 For this you need to jailbreak your
device Here’s how to jailbreak iOS 10, iOS 10.1 and iOS 10.1.1 with Yalu andCydia impactor.

This is a really useful tweak for those
who are engaged in youtube video making. You can record the whole screen while
playing games or reviewing any app and record voice in real time. The quality
of the video is smooth and sharp as this is all in one package app so you do
not need a pc to make videos now.
CCRecord f0r iOS 10 is available for free from Cydia’s BigBoss Repo. After installing
this tweak, you can see the screen recording icon on the Control Center of your
iOS 10 devices.

There are several other screen recording app like AntRec, iRec for jailbroken
devices available in Cydia but these are not yet compatible with iOS 10 or
later. You can use this screen recorder tweaks and apps if you are on iOS 9. But
if you don’t like jailbreak and want screen recorder then you can go through
App Store and download Vidyo App for $4.99.

How to install CCRecord on iPhone, iPad
& iPad touch running iOS 10 or later
Step 1: Open Cydia & Search for
CCRecord
Step 2: Install it and respring
your device.
Step 3: Now swipe up your Control
Center and tap on video icon toggle from the bottom.
Step 4: It now automatically begin
start recording your iPhone/iPad screen.
Step 5: To stop the screen recording go
to control center and tap on video icon toggle.
Step 6: Recorded video is saved in
Camera roll.
That’s it. Enjoy and start record your
screen you like to.
- Advertisement -

For me, Apple's native keyboard on the iPhone is always best and easy to use among other smartphones but the iOS keyboard could be...
Read more