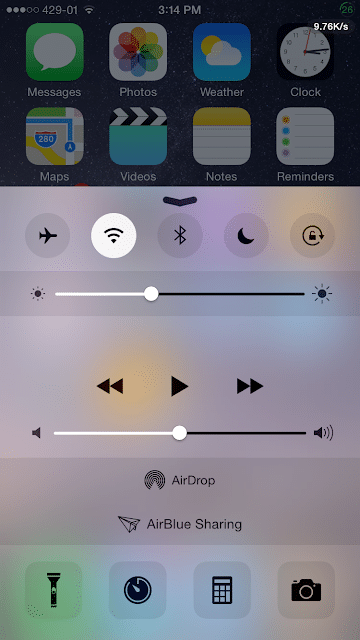 As we all know Apple is always behind in adding features to its iOS devices. The iOS 7 included tons of features. But again it failed to provide additional features to the control centre. As we all know, there are only 5 toggles(airplane mode, wifi, Bluetooth, do not disturb and a orientation lock) that are available in Control Center.

But the most important feature like cellular data, location service, reboot, restart were absent. Again we have to got to the settings to access them all which is a bit annoying. But there is no thing to worry when we have a jailbreak. A very popular tweak is available in cydia “CCSettings” that allows you to add as many toggles as you want.

CCSettings is one of the most popular and useful Cydia tweaks for Control Center. The tweak was first introduced for iOS 7 where users were able to add additional toggles to their device’s Control Center and rearrange them according to their preference for
quick access. Now this tweak also supports iOS 8 and iOS 9 for iPhone 4 and higher.

It is very easy to add or remove toggles from Settings also you can drag and drop options you want add to the include section and move the rest to ‘Do Not Include’. 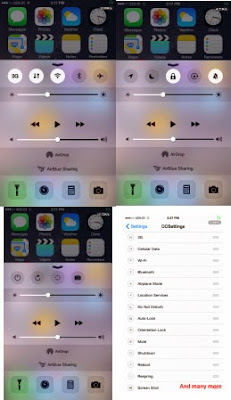 Compatible with iOS 7 or Higher..

Note: Respring your device every time you install new tweaks. The tweaks may not work properly if you do not respring or reboot your device.

These tweaks can be downloaded via BigBoss repo. Some may cost a couple of dollar and some are free. You will love this tweak.