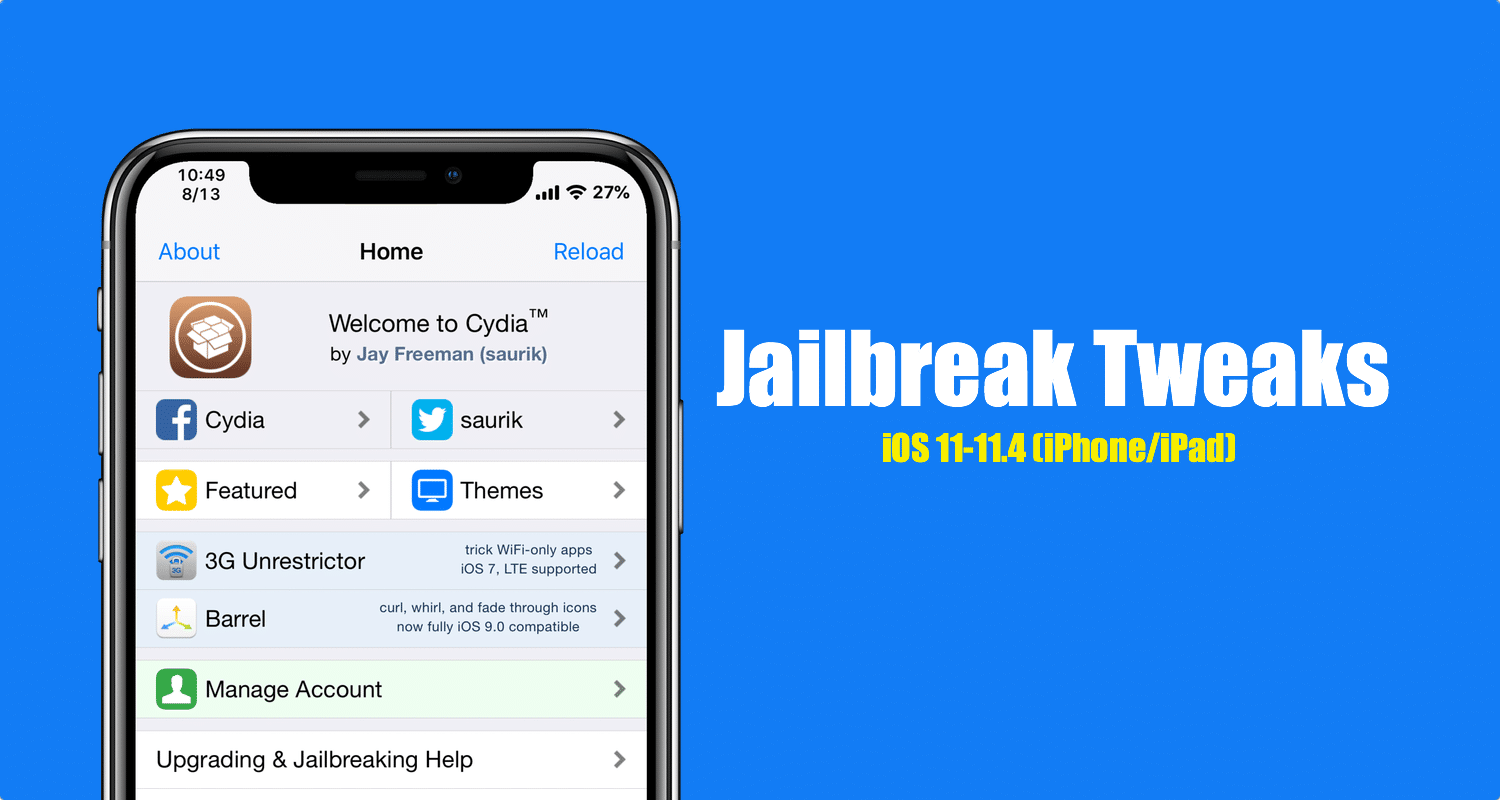 Hey, what’s going on guys! It’s time to check out some newly released Cydia tweaks this weekend in Cydia for iOS 11-11.4.

We are so excited when new tweaks are released in Cydia. But due to lack of time management, we don’t get much time to look at all those Cydia tweaks.

Trying all of them is time-consuming and because of incompatibility, some tweaks might not work properly which may result in creating the problem and crash your devices.

So here we come up with jailbreak tweaks compatible with iOS 11 & below for iPhone, iPad, and iPod Touch.

[wpsm_comparison_table id=”9″ class=””]
Which one is your favorite Jailbreak tweak?If you are looking for more Cydia Repo then add some best Cydia repos 2018To get mentioned tweaks your device needs to be jailbroken. So if your device has not yet jailbroken then you can follow below jailbreak tutorial covering iOS 11.3-11.4;How to jailbreak iOS 11/10/9

After you have successfully jailbroken your iDevices, go to Cydia and make sure you have BigBoss repo with all its packages installed. Next, search for any tweak and install it.

A hacker bypasses iPhone passcodes on iOS 11 or later

Get Waterproof Headphone With 9Hr Run Time for $7, Reg $20