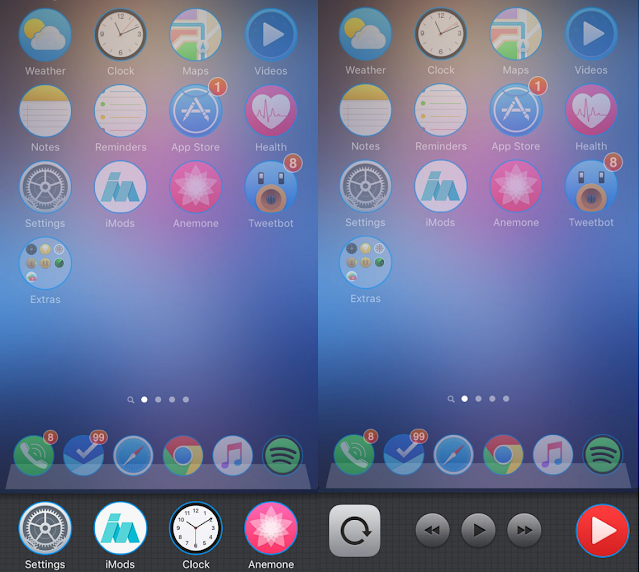 ClassicSwitcher 3 is a popular jailbreak tweak that
brings a classic iOS 6 App Switcher to latest iOS
versions. In simple, ClassicSitcher 3 brings back the old classic look of the
iOS 6 App Switcher to
latest versions of iOS. Instead of viewing the preview cards in the App
Switcher like in iOS 7, 8 and 9,
ClassicSwitcher 3 actually replaces it with the iOS 6 styles which features app
icons only rather than preview cards which I really
like.

Oct 25, 2019
Prev Next 1 of 227
ClassicSwitcher 3 takes the bar-style app switcher from iOS 6 and elegantly integrates it with
iOS 7, 8 and 9. It’s very fast and efficient as compare to default app switcher
and offers a lot of flexibility. It has tons of great features and many more
features are on the way in the near future. This tweak is pretty awesome and I find
better than iOS 9 default app switcher.
After installing
this tweak you can also have option to configure from settings app as well. 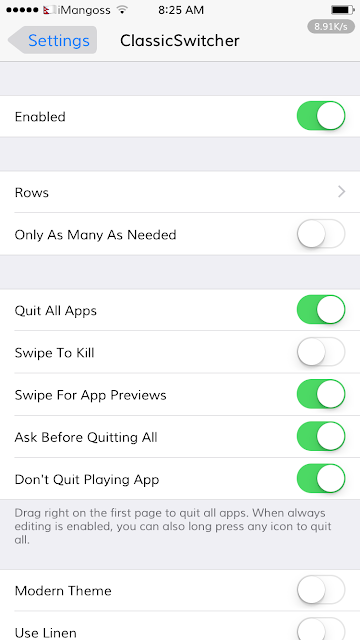 What’s new in this version?
ClassicSwitcher 3 is
available in Cydia via BigBoss Repo for $1.99 and is compatible with iOS 7, 8
and 9. To get this tweak, your device must be jailbroken. If your device has
not yet jailbroken then follow this step by step guide on How to jailbreak iOS9.0.2 using Pangu.
What’s your view
with this tweak?? Let us know in the comment below..
iOS8iOS9JailBreakTweaks
Share