Apple added a new feature called Universal Clipboard to its Continuity feature on macOS Sierra that allows user to copy any text or image or link on one device then let is paste on another device. That means users can copy text/images/link on Mac and then paste it on their iPhone and vice versa.
The Universal Clipboard is a useful feature which lets you easily copy and paste text/images/link between your Mac and iOS devices.

For example you are on your Mac and found a great article that you wanted to share with your friends on Viber. You can simply copy that article from your Mac – Launch Viber – Tap and hold the message box until it brings up the paste option – Tap on Paste and the text you copied from your Mac appear on your iPhone like a magic.

Before you could you Universal Clipboard on macOS Sierra and higher, you need to set up this feature on your Mac as well as your iOS device running iOS 10 or iOS 11 beta.

How to setup Universal Clipboard on macOS Sierra and iPhone 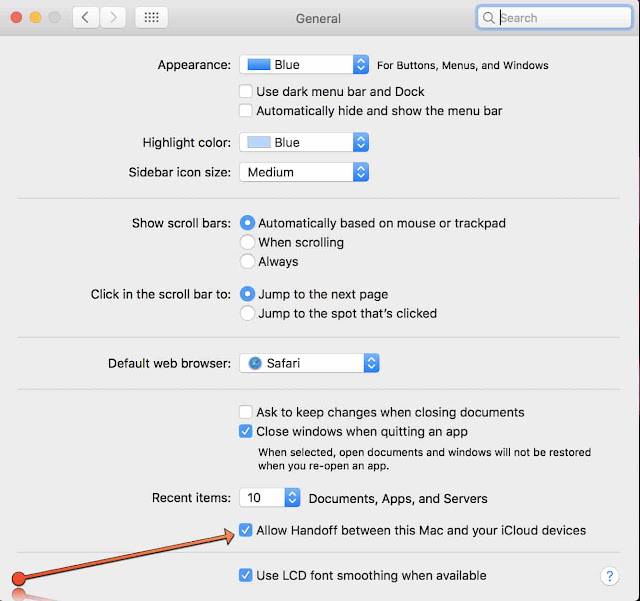 Step 5: The same thing applies for iPhone. Go to Settings – General – Handoff and enable it.

With everything setup, you are now ready to copy and paste between Mac and iPhone

How to copy and paste between Mac and iPhone/iPad

Step 1: Copy any text or image from Mac via press Command C or choose Edit to Copy

Step 2: Tap and Hold on any area on iPhone and then Paste it.
This also applies while copying text or image from iPhone and pasting it on Mac

Universal Clipboard feature can be only used on Mac’s with macOS Sierra or later and iOS 11, 10 or earlier on iPhone and iPad. Also the Mac should not be older than 2012 model. It needs to be from 2012 model or later. For iPhone and iPad, the Universal Clipboard feature works on iPhone 5 or later and iPad 4th generation or later.

Let us know what you think about this feature in comments below.