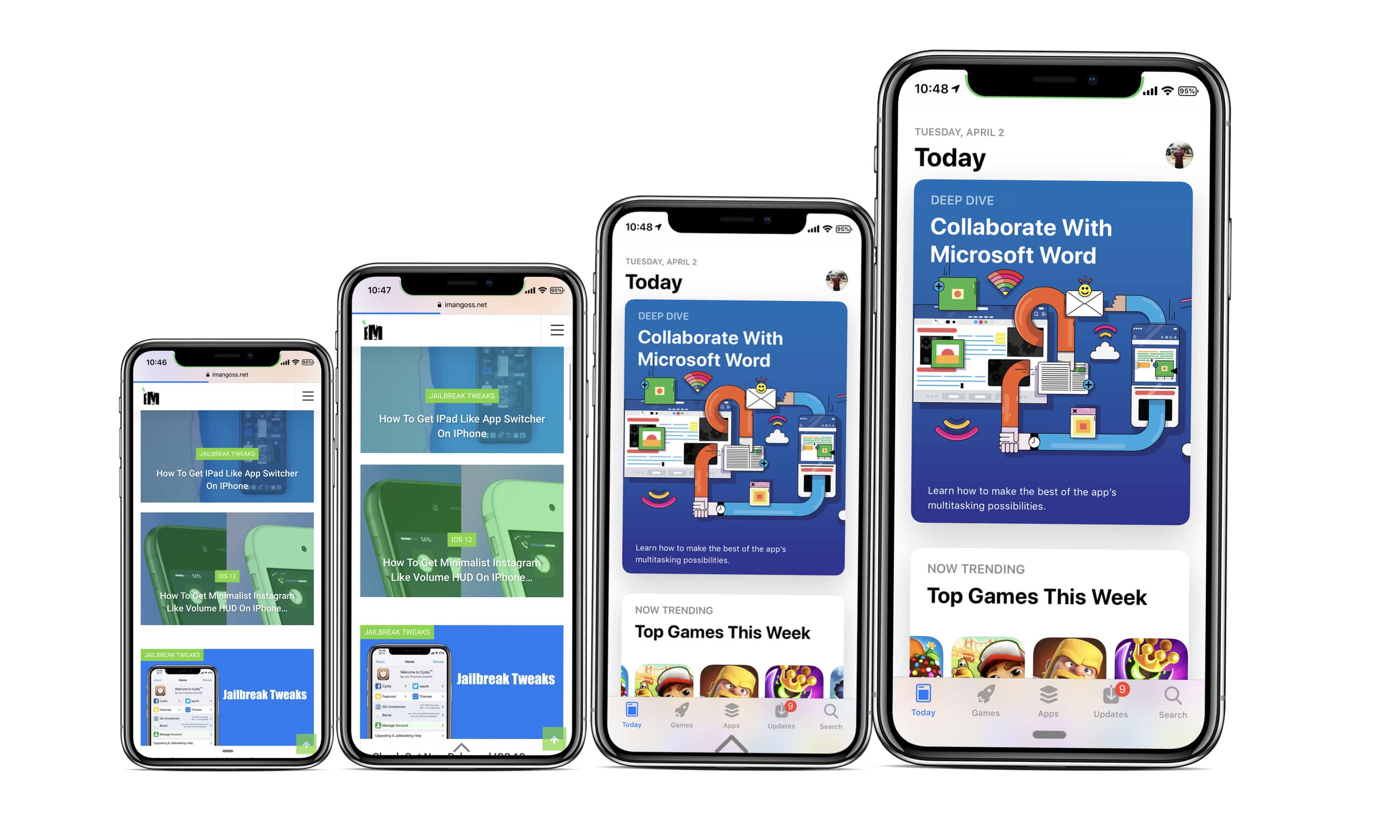 Apple ditched the Home Button and replaced it with the Face ID with the launch of the iPhone X. So launching Control Center, exiting to Home Screen, Hard Reset, and the App Switcher is little different than the previous iPhone.

iPhone X, XS or higher now have a gesture feature for all these things and there is something visible on the iPhone X’s Lock screen and Home Screen and that is HomeBar.

HomeBar is actually indicating it’s functionality when unlocking the iPhone X/XR/XS or XS MAX or using any apps with the default black and white color with the actual size.

Here we will talk about the customizing HomeBar with different styles and resizing them on iPhone X or higher. You might be thinking how?

As we all know Apple does not allow us for customizing and resizing the iPhone X Home Bar on iOS settings, but it is only possible if your iPhone has been jailbroken on iOS 12.1.2 or lower and install a tweak called…

If you have not Jailbroken your iPhone yet here is how to Jailbreak iOS 12 using Unc0verJailbreak. If your device is already Jailbroken, then you’re ready to go!

How to Customize the HomeBar Style on iPhone

BarScape is a new jailbreak tweak that allows you to change the style(arrow and pill shape) of the HomeBar with a resizing and color option.

BarScape is the best HomeBar tweak for jailbroken iPhone X/XR/XS or higher and is available in Cydia’s Hackyouriphone Repo for free.

After installing the tweak, you can have an option to configure in settings app from the tweak preferences where you can change the style of the HomeBar to arrow or pill, it’s color and size.

It does not require a respring your device for any changes. A BarScape tweak is compatible with iPhone X or higher running iOS 12.1.2 or below.

How to Change the HomeBar Style on iPhone X or higher

Many of us might hate the length of the iPhone X’s HomeBar or the default style so with the jailbreak tweak called BarScape you can customize your Homebar easily.

So make you iPhone X HomeBar very cool and stylish. I think this tweak is worth to download. Let us know in the comment section.

How to access your Dock From the iPhone LockScreen