Cydia tweaks of the week: Snapper 2, iKeys, Clex3 and more… 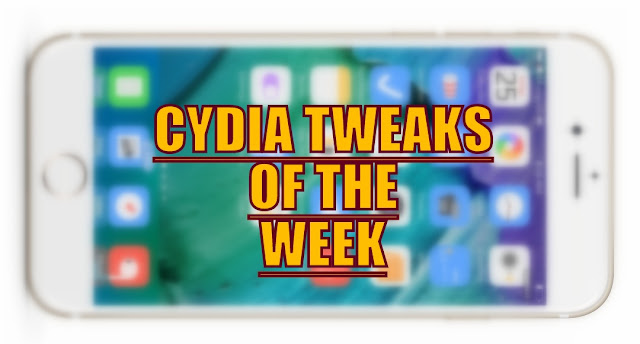 What’s up
guys! It’s been long that I have not written any article on Cydia tweaks of the
week due to lack of time management. But I have some cool stuffs for you this
week. The tweaks listed below are handpicked and they work just fine. These
tweaks are compatible with iPhone, iPad, and iPodTouch running iOS 9.
Let’s get Started…
Related Posts

Oct 25, 2019
Prev Next 1 of 227
Snapper 2
Snapper is
a jailbreak tweak that lets you crop a portion of the screen and keep it
floating on the screen. Snapper 2 includes number of features like you can
multiple snaps on the screen at the same time, facebook heads like interface to
close apps, awesome animations, sharing option and more. You can save the snaps
to camera roll and can use with Activator or without activator. You can also
have option to configure from the setting apps as well. Snapper 2 is available
in Cydia via BIgBoss Repo for $2.49 and is compatible with iOS 7, 8 and 9.
CalculatorCopy
CalculatorCopy
is a jailbreak tweak which adds Mimics iOS 9.3’s shortcut quick actions for
calculator app. That is you can directly copy the last result from the
homescreen.  After installing this tweak
you have no options to configure. This tweak is available for free from Cydia
via BigBOss repo and is compatible with iOS 9 or later.
TranslucentPowerdown
TranslucentPowerdown
is a jailbreak tweak which lets you change the screen into translucent when you
power off the device. It is absoulutly free in Cydia and works with iOS 9 or
higher. This tweak has not yet been tested on iOS 8 but it should work. There
is no option to configure; it begins to work immediately after installing.

Clex3, a new cydia tweak which will change the way you use your
Music app. This tweak adds two controllers on your device. One can be accessed
by swiping from left side of the screen to the right side & another can be
accessed by swiping from right side of the screen to the left side. You can buy it for $2.99 from the
BigBoss repo. This tweak is compatible with iOS 7, iOS 8, and iOS 9. See review .
iKeys
iKeys which gives you a full control to customize over iOS
stock keyboard. That is this tweak directly replaces the stock keyboard of your
iOS devices. iKeys is available in Cydia via BigBoss Repo for both
free and Pro version and is compatible with iOS 8 or higher. See review .
PrettyRespring
PrettyRespring
is a jailbreak tweak that makes resprings prettier that is it replaces the
normal apple logo during repring with whatever the last app shown on the
screen. After installing, there is no option to configure. It works immediately
and is compatible with all devices running iOS 9 or later. PrettyRespring is
available in Cydia via BigBoss Repo for $1.00.

AttachmentFlow
AttachmentFlow
is a jailbreak tweak which allows you to expand the functionality of mail app
by adding the possibility to view email-attachments directly in the list of
messages. You don’t need to open each message or conversation to search for the
attachments inside. AttachmentFlow works on all devices running iOS 8 or higher
and is available from BigBoss Repo for $1.99.
BlurryDock

BlurryDock
is a jailbreak tweak which lets you to add blur effect to Dock. Its free from
BigBoss Repo and is compatible with iOS 9 or higher.
RouteFaker
RouteFaker
is a jailbreak tweak which allows you to change the location by route from the
start to end duration of the starttime to endtime. You can change your location
in any app. It is available in Cydia via BIgBoss Repo for $4.99 and is
compatible with iOS 9 or later.
ForeverNotification
ForeverNotification
is a tweak which keeps the notifications on your lockscreen until you dismiss
them. It works on all devices running iOS 9 or higher.
ColorStatusBar
ColorStatusBar
is a jailbreak which lets you to customize your status bar color in a new
style. After installing you can configure from setting app. This tweak is compatible
with iOS 7, 8 and 9 and its free in Cydia.
NoMoreMissed
With this
tweak you will no more miss your call or messages and is available for $1.49
from Cydia’s BigBoss Repo. This tweak lets you activate various alerts like LED
Flash Notification, play sound, vibrate, undim screen, show status bar and it
supports with iOS 8 and 9.
Installing Cydia Tweaks
To install the Cydia tweaks, first, your device need to jailbroken on iOS 9 or higher.
If your device has not
yet jailbroken, then follow this step by step guide to How to jailbreak iOS 9.0.2 untethered by Pangu.
Now open Cydia – Tap on Search
and type the name of the Cydia tweak that you want to install and Tap install.
That’s it!

Note: Respring your device every
time you install new tweaks. The tweaks may not work properly if you do
not respring or reboot your device.
These tweaks can be downloaded via BigBoss repo.
Some may cost a couple of dollar and some are free.
iOS9JailBreakTweaks
Share

iOS 9.2.1 released with several bug fixes. Here is how to install