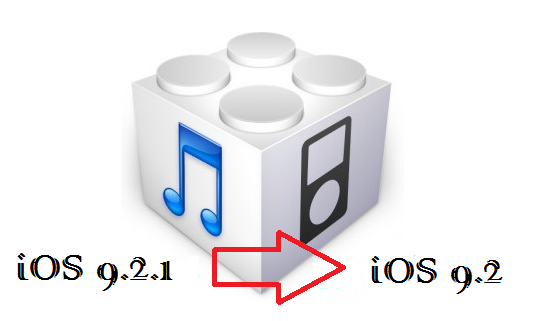 Apple has released the final version of its iOS 9.2.1 for iPhone, iPad
and iPod touch couple of days ago which consisted of several bug fixes and
securities updates. If you feel iOS 9.2 is better
than iOS 9.2.1 and had accidently upgraded via iTunes or OTA update then you
don’t have to worry about. Since Apple is still signing the iOS 9.2 firmware, downgrading
is now possible because Apple might stops signing iOS 9.2 at any time.
To find out if Apple is still signing the firmware file, check https://ipsw.me

Here’s
how to downgrade your iPhone to iOS 9.2 from iOS 9.2.1
First of
all, you need to download the iOS firmware file for your device from our  Download
page.
That’s it. Your
device should now be successfully downgraded to iOS 9.2.

Note: jailbroken Users should
stay away from iOS 9.1 & iOS 9.2 and iOS 9.2.1 as these iOS firmware has no
jailbreak yet.
If you are on iOS 9.0.2 and want
to jailbreak your iPhone then here’s How to
jailbreak iOS 9.0.2 using Pangu
Let us know what you think in the
comment below.
iOS9
Share

How to Download Paid Apps & Games for free from Safari Browser..No Jailbreak No App required!!

How to downgrade and upgrade iPhone/iPad to iOS 10.1.1 with…