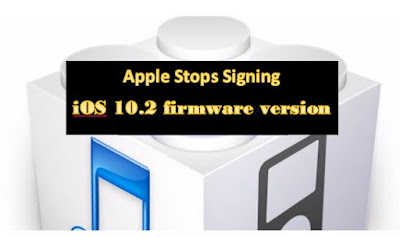 Apple always gives two versions of iOS to restore whenever it releases a new version. So that people have ability to downgrade their devices to the previous version if they are not satisfied with the new one. But after some time, it stops signing the previous version.
Related Posts

Nov 12, 2019
Prev Next 1 of 484
You can also visit this link https://ipsw.me to check the signing status of Apple firmware.
Note: If you are on lower iOS versions like 10.1, 10.1.1, 10.2 stay away from update because jailbreak is only available on lower version of iOS. If you are a jailbreakers, do not upgrade to iOS 10.2.1 as there is no jailbreak for iOS 10.2.1. So it’s better to stay on older version of iOS for now.
And if you have already saved .shsh blobs from tihmstar tool Prometheus, you can downgrade or restore your device to iOS 10.2 anytime. But there is no possibility to save .shsh blobs of iOS 10.2, as now Apple stops signing that firmware version.

How to Jailbreak iOS 10.2 Using Yalu and Cydia Impactor (Windows)

Popular Apple Airpod Alternative is Discounted to $25 on…