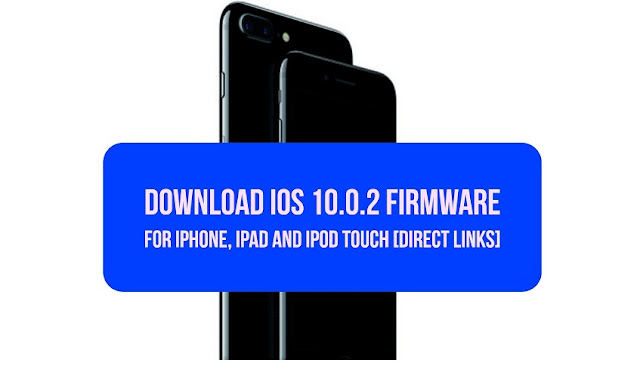 Apple has just
released iOS 10.0.2 for the iPhone, iPad, and iPod touch which fixes bugs and
improves the overall experience and is now available for download.

iOS 10.0.2  addresses an Lightning
EarPods issue in iPhone 7 and iPhone 7 Plus, resolves an issue that caused
Photos to quit for some users when turning on iCloud Photo Library and also fixes
an issue that prevented enabling some app extensions.

iOS 10.0.2
update is available via an over-the-air update or through iTunes for iPhone,
iPad and iPod touch.
If you’re not
getting stuck with internet connectivity or with any reason while updating iOS
10.0.2 via OTA update or via iTunes, then you can download iOS 10.0.2 ipsw
firmware file for iPhone, iPad and iPod touch using the direct
download links below according to your supported model and update your device
manually.

How to install iOS 10.0.2 on iPhone, iPad and iPod touch via iTunes or OTA update

How to Get Apple Music 3 Months Subscription for Free