Download Space Marshals for free for this week only! 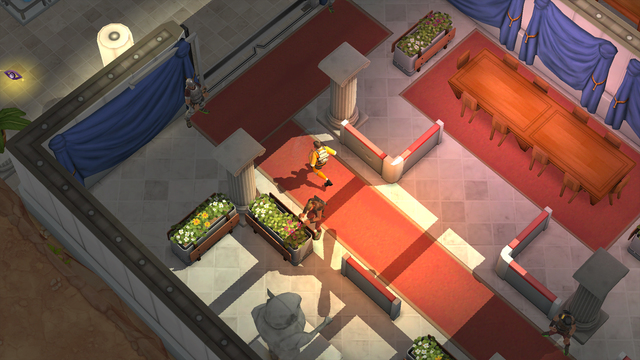 $4 Space Marshals goes now free in
the AppStore for one week as Apple has highlighted this app as “Free
app of the week”. So hurry up and grab this game without having to pay a penny.
This is valid till next Thursday. Once you download this app, you can use
it forever for free.

Space Marshals is an amazingly animated
iOS game and a Sci-fi Wild West adventure taking place in outer space! This
tactical top-down shooter puts you in the shoes of specialist Burton in his
hunt for dangerous fugitives after a disastrous prison break.

“After a jailbreak at an intergalactic
prison, dangerous criminals are on the loose – and that’s awesome news for action
fans,” reads the Apple-provided description.
“Pixelbite’s top-down tactical shooter
flings your grizzled lawman and his crew into tense scenarios best tackled with
a mix of stealthy flanking and brazen running-and-gunning. The controls are
smooth, the graphics are gorgeous, weapon upgrades keep coming and a fun story
effortlessly propels you from one mission to the other.”
See the Trailer of this game
GAME FEATURES:

TACTICAL COMBAT
Use the environment to your advantage. Avoid attacks by taking cover. Flank
enemies for extra efficiency, but avoid getting flanked yourself! Use the tools
of the trade to gain an edge – frag grenades, flash bangs, distractions,
personal shields, proximity mines and more.

STEALTH
Choose your approach with care. Some say running into the fray guns blazing
isn’t always the best option. Use distractions to single out opponents. Use
disguises and covers to sneak past irrelevant guards. Use silenced weapons to
covertly reduce the enemy numbers.

LOAD-OUTS & GEAR
Choosing your load-out is a big part of your tactics. In addition to body armor
and grenades you can carry one two-handed and one single-handed weapon in each
mission – and there’s something for everyone. Shotguns, handguns, assault
rifles, sniper rifles, crossbows, energy weapons, throwing axes and more.

• Tactical top-down shooter
• Episodic storyline in three chapters – ALL chapters out now!
• Gorgeous stylistic HD graphics rendered in Retina resolution (full Retina not
supported on iPad 3)
• Optimized for iOS 8 and Metal graphics!
• Wide range of weapons and gear
• Performance based mission rewards
• Multiple factions to fight with or against – or pitch against each other
• Dual stick controls with a set of different options
• MFi controller support (requires extended layout)
• iCloud save game support
• GameCenter achievements


This app is designed for both iPhone and
iPad running iOS 7 or later and please note that iPhone 4 is not
supported.