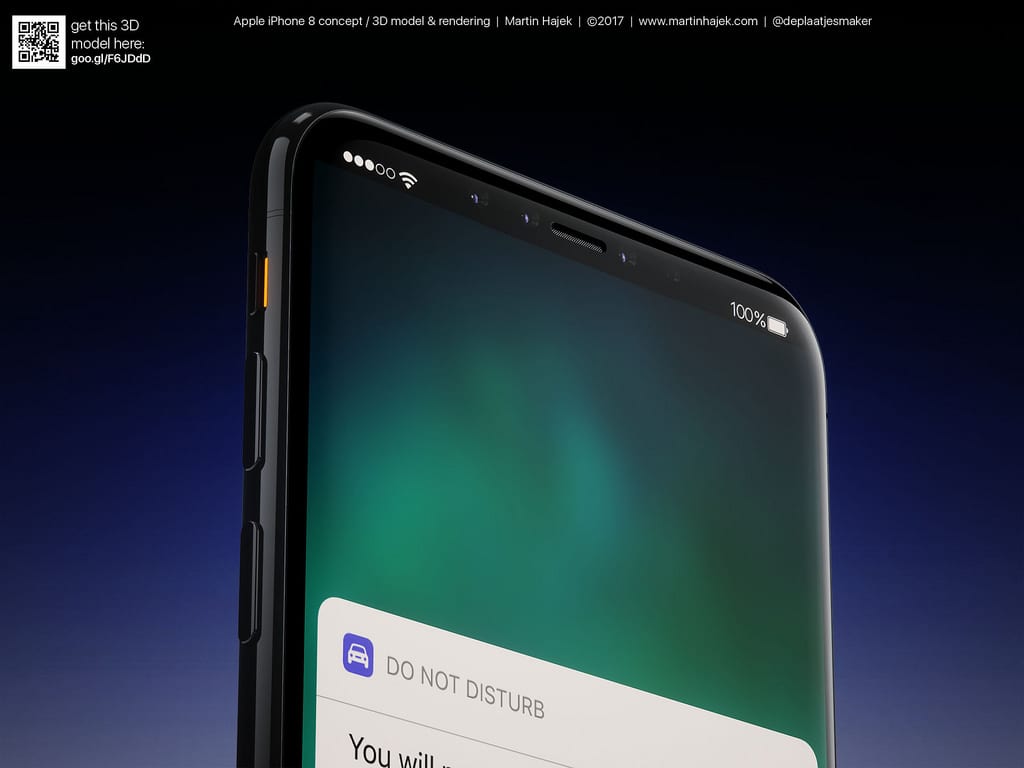 A report from KGI has discussed various functions of 3D
Sensors that will be found in iPhone 8. According to him, the iPhone 8 will
have five different sensors on its notch which he believes will be the highest
selling point of the OLED iPhone 8.

Nov 12, 2019
Prev Next 1 of 459
This is how Kuo describes how these sensors will work
together:
Structured light used to collect depth information,
integrating with 2D image data from front camera to build the complete 3D
image.

Given the distance constraints of the structured light
transmitter and receiver (we estimate 50-100cm), a proximity sensor (with ToF
function) is needed to remind users to adjust their iPhone to the most optimal
distance for 3D sensing.
The structured light transmitter is made up of six components
which include wafer level optical, filter, active alignment equipment, VCSEL,
diffractive optical element and a epitaxial sensor while the structured light
receiver is made up of four different components which include filter, IR lens,
CIS and CMOS image sensor.
Along with these information Kuo also shares that iPhone 8 is
going to be available in front black display panel with white, black and gold in
color. There might be no front white display panel in iPhone 8 this time.
Apple is going to unveil iPhone 8 on September 12 along with iPhone
7s, iPhone 7s Plus, Apple Watch Series 3 and more….
iPhone8
Share

Ringke Cases for iPhone XS Max/XS/XR Starting From $2.90 on…