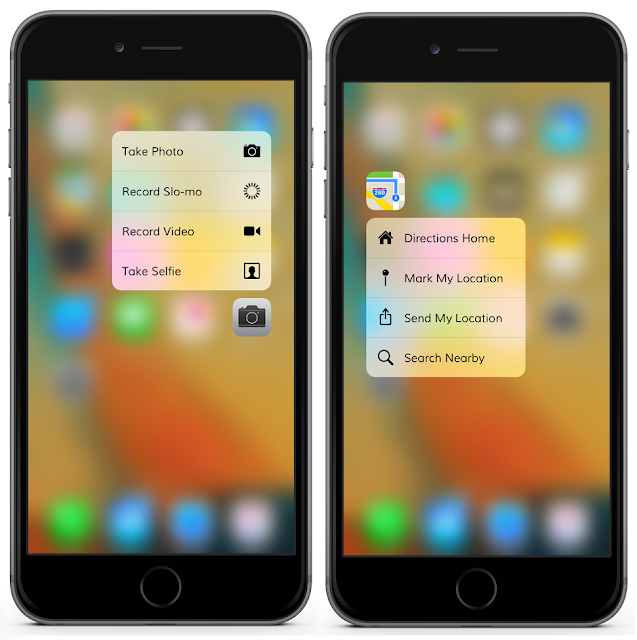 Forcy is a brand new jailbreak
tweak developed by Cydia Developer George @spookyninjaone that allows
you to enable 3D Touch-inspired gestures on any iOS 9 device. The
gestures, which are impressively similar to 3D Touch-enabled devices like the
iPhone 6s. Forcy isn’t a 1:1 emulation of true 3D Touch, as that requires
special hardware beneath the screen for pressure sensitivity.
Forcy is
available right now for free on Cydia’s BigBoss repo. It is compatible with
older devices running iOS 9 or higher.

Once you install Forcy,
there are no settings or options to configure. To use the tweak, simply perform
a swipe-up gesture on a compatible Home screen app icon instead of
pressing firmly on the app icons on iPhone 6s like 3D Touch Quick Actions.
Compatible stocks apps are :

It’s very similar to the look of 3D Touch, down to
the animations, but it’s still not true 3D Touch, and it doesn’t feature the
haptic feedback that makes the feature so impressionable.
Have you tried Forcy?

If you are not yet jailbroken then here’s how to jailbreak iOS 9?