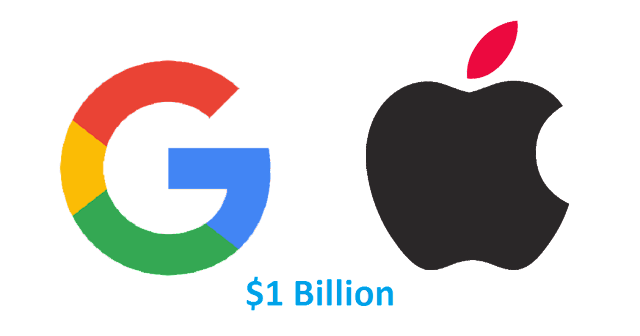 According to the Bloomberg,
Google Inc. paid Apple Inc. $1 billion in 2014 to keep search bar as a default
search engine on all iDevices. The deal was revealed directly from a
transcript of court proceedings from Oracle’s Corp’s copyright lawsuit
against Google which states that the search engine has an agreement with
Apple that gives percentage of the search revenue Google generates through the
Apple devices.
Though, it was not made clear
in the transcript if 34 percent will be the revenue but Annette Hurst, the
Oracle attorney revealed the details of the Google / Apple agreement, said a
Google witness questioned during pretrial information said that “at one point
in time the revenue share was 34 percent.”
Oracle has been battling
Google since 2010 over claims that the search engine company used its Java
Programming Language to develop Android without paying for it by which Oracle
now seeks may exceed $1 billion to cover newer Android versions.
There have been many rumors
about how much Google pays Apple to be on the iPhone have circulated for years,
but the companies have never publicly disclosed it. Kristin Huguet, a
spokeswoman for Apple, and Google spokesman Aaron Stein both declined to
comment on the information disclosed in court. 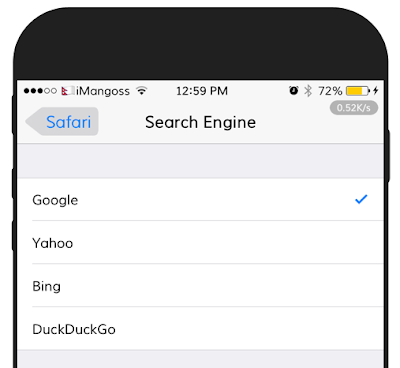 The revenue-sharing agreement
reveals the lengths Google must go to keep people using its search tool on
mobile devices. It also shows how Apple benefits financially from Google’s
advertising-based business model that Chief Executive Officer Tim Cook has
criticized as an intrusion of privacy.
“The specific financial terms of Google’s agreement
with Apple are highly sensitive to both Google and Apple,” said Google’s
filing. “Both Apple and Google have always treated this information as
extremely confidential.”
Bloomberg also noted that the transcript has
vanished without a trace from electronic court records at
about 3pm PT yesterday with no indication that the court ruled on Google’s
request to seal it.
[Source: Bloomberg]
Share

How To Close Safari Tabs Automatically in iOS 13