Facebook
Twitter
Pinterest
ReddIt
Remember, you
were able to jailbreak your iOS device using Safari Browser? Those were the
days where you could jailbreak your device by going to jailbreakme.com. Again
after so many years, the same process has returned. 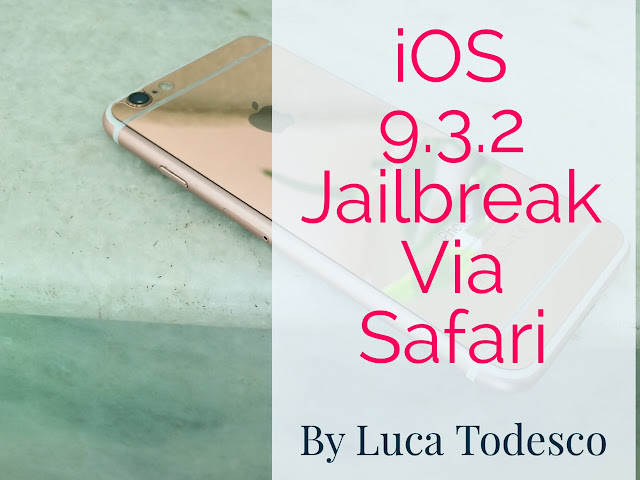 Famous hacker,
Luca Todesco has shown jailbreaking his device running iOS 9.3.2 via Safari
Browser. The steps are so much easy and fast. The hacker has been teasing the
jailbreak community since the release of iOS 9.3 beta.
Check out the
video of iOS 9.3.2 jailbreak via Safari
Don’t expect
that he would release the public version of iOS 9.3.2 jailbreak as this
jailbreak is only for his personal use as mentioned by him. But it could be
helpful for other jailbreak teams to figure out a way to jailbreak iOS 9.3.2
using Safari Browser.
So many months
have passed and there is still no jailbreak. The latest Jailbreak available is
for iOS 9.1 by Pangu. Let’s hope that the jailbreak for iOS 9.3.2 would release
soon by Pangu or Taig or other jailbreak communities.
Till then
stick with us for more jailbreak related news and other Apple Updates.