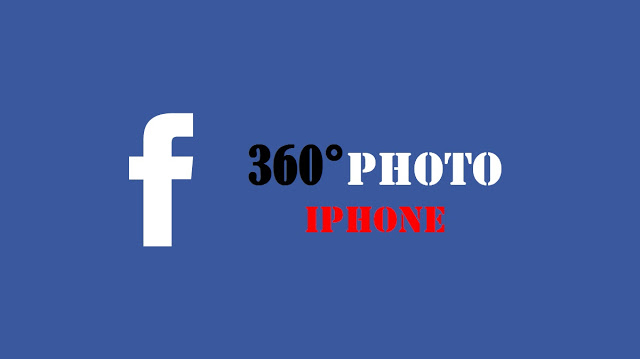 Facebook introduced the 360 degree photos uploading feature a while ago. When you upload a 360 photo in your story, you and other can view your photo in 360°. That is you can tilt your phone or swipe left, right, up and down to see the all things around the 360° photo. This is the cool feature you must use right now.

How to take 360 degree photos from iPhone and Android

A Facebook 360° photo is a photo that allows you to view the scene from every angle: above, below, behind and next to you. You can create 360° photos taking a panorama on your iPhone and Android.

You need to take a 360 degree photo before you begin. 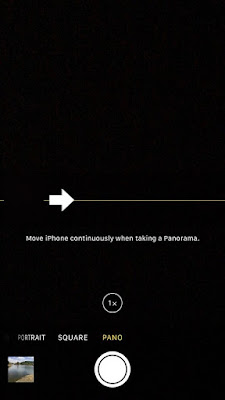 Step3# Capture any Photo taken with this mode. It will save your Panorama photo in your Camera Roll

Step4# Now launch Facebook, Go to Photo option or What’s on your mind? You can apply with any one option.

Step5# Now choose and upload your Panorama Photo you have taken. Select starting view of your photo.

Step6# There you will see the 360° upload button where you can enable 360° photo or you can remain as panoramic photo by tapping on that icon. 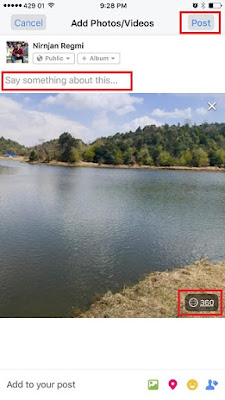 Step7# Write any caption (Say something about this…) if you want, tap on Post.

After all done, you can see your photo in 360 degree by tilting or swiping on the screen of your iPhone.

Likewise other people on Facebook can also see you photo in 360 degree.

That’s it. If any confusion feel free to comment down below.

The Best Battery Notification for your iPhone/iPad

How to Set your Favorite Song as Ringtone on iPhone 7, iPhone 7 Plus and below

How to Restore or Upgrade Apple Watch using iBus and iTunes…