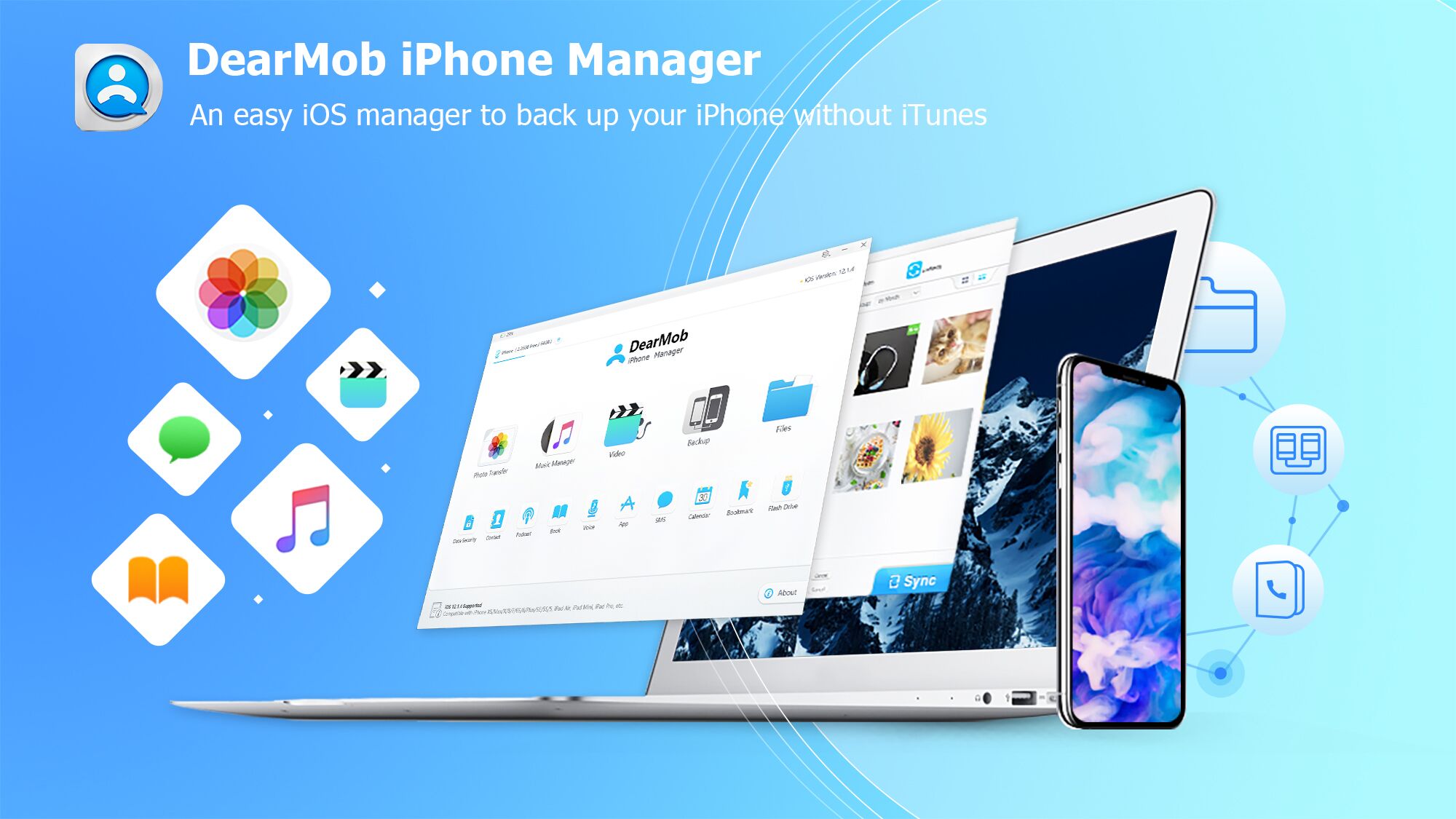 We all know how important it is to back up an iPhone on a regular basis to never lose any files and document from any kind of circumstances. We may lose files when iPhone crashes while updating to the latest iOS version fails, Jailbreaking or by sudden device failure. So, it is always a great idea to back your iPhone at least once a week.

Apple offers its own device manager software called iTunes to back up and move files between the computer and iOS devices but things do not work as expected on it. And if you are a first time iTunes user then you are definitely going to need a tutorial because the UI is really hard to understand when you first launch it. Also, the software is really heavy that lags if the specs of the computers are not good. So, we are here with an alternative that changes the way you back up and sync your device from now onwards.

We are talking about free software and an iTunes alternative called DearMob iPhone Manager that that lets you backup iPhone without iTunes. The UI is very clean, light and very easy to use. Not only for backing up the iOS device but this software can do other cool stuff like transferring photos, videos, music, creating a ringtone, using the iPhone as a flash drive and more. We will talk about these features on the next post sometime in the near future and for now, let’s focus on how you can easily backup iPhone using DearMob iPhone Manager.

Also restoring files are also simple than ever. Just hit the Backup button again, then click on Restore from the backup and select the backup file that you backed up earlier.

How To Backup iPhone With DearMob iPhone Manager

It’s that simple! DearMob iPhone Manager is free to use and it is available for both Windows and Mac. So, what are you waiting for? Get your free copy now!