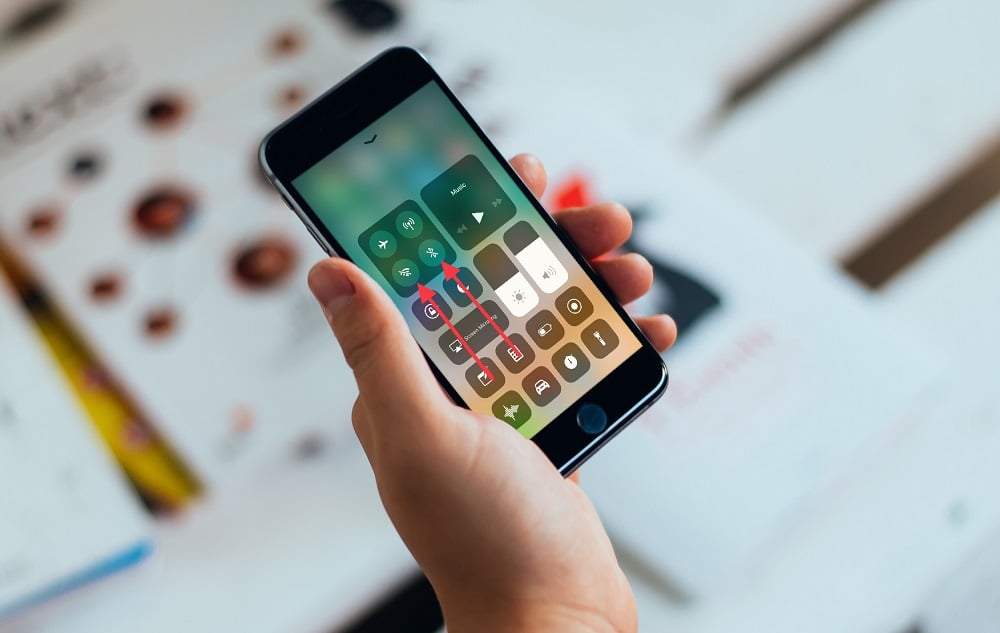 Is your Wifi and Bluetooth stills running in
the background and is not tuning off? Here’s how to turn off Wifi and Bluetooth
completely to get some extra battery life in iOS 11.
Apple has redesign the Control Center in iOS
11 with lots of new toggles and features in it. With iOS 11 Control Center you
can able to turn on Wi-Fi, Cellular Data, Bluetooth, Airplane, Airdrop, Music,
Screen recording, Flashlight, Camera, Low power mode and more.

#1. Go to Settings on iPhone
or iPad.

As you can in the screenshot that your Wifi
stills in On stage and running in the background.
#3. Now Toggle off the switch to
completely turn Off Wi-Fi.


#1. As above simply Go to Settings on
your iPhone/iPad.

#2. Next Tap on Bluetooth

As you can in the screenshot that your Bluetooth
stills in On stage and running in the background.
#3. Now Toggle off the switch to
completely turn Off Bluetooth.