Facebook
Twitter
Pinterest
ReddIt
Apple releases iOS 10 with
many new features and improvements’ and among the features ‘Raise to Wake’ is a
new Lock Screen feature available in iOS 10 which automatically
wake’s your iPhone/iPad screen every time you pick it up and facing towards
you.
By default, iOS 10 Raise to Wake
feature is always turned on or is enabled, but if you’d rather not use it or
feeling annoying then you can simply disable or turn off Raise to Wake anytime
via Settings app on iPhone and iPad running iOS 10 which is very easy. So when disabling Raise to
Wake feature on iOS 10, the screen of your iPhone/iPad will no longer turn on when you
pick it up.
NOTE: This feature is only
available on the iPhone SE, iPhone 6/Plus, iPhone 6S/6S Plus, and iPhone 7/ 7 Plus & isn’t
supported on the device lower than iPhone SE.
How to turn off/disable
‘Raise to Wake’ on iPhone/iPad running iOS 10 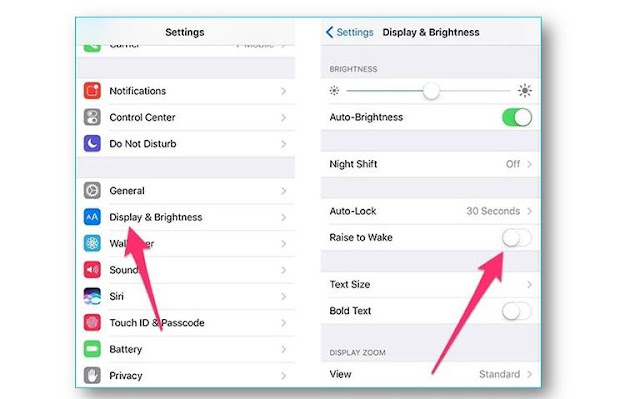 That’s it. With this simple
steps you can easily turn on and turn off Raise to Wake on your iPhone/iPad
running iOS 10.