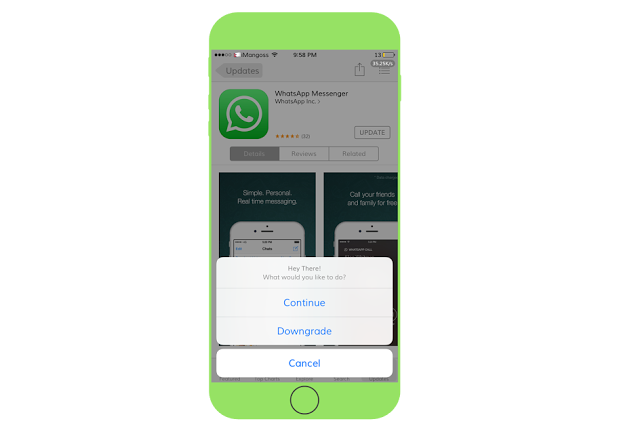 There are tons of apps and games in the App Store which are being updated weekly.  Some updates comes with new features, bug fixes or improvements in it. And we might not know that our applications get updated automatically when we are in WIFI. So its intolerable moment when your favourite app get updated with no new features and you may think Previous  version was good enough than the latest one.

You can’t downgrade back to the previous version once your app gets updated. But it
is now possible to downgrade any apps to an older version with the new jailbreak tweak called App Admin which lets you to downgrade any iOS apps directly on your iPhone. You don’t need any computer for this and is compatible with iPad as well. The developer of App Admin also says that this tweak will allow you to block/hide updates in the near future.

App Admin jailbreak tweak is available in Cydia via BigBoss Repo for free and works with all iDevices running iOS 8 or higher. After installing this tweak, it begins to work immediately and have no option to configure it.

For this you must be jailbroken. If your device has not yet jailbroken then here’s step

Go to Cydia > Search App Admin and install it.

There you can see the Continue, Downgrade or Cancel option.

Tap on Downgrade > You will see all the known version of your app. 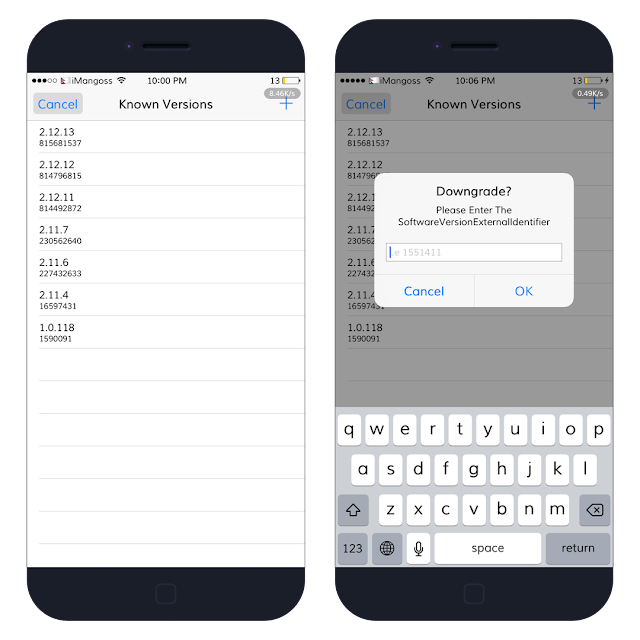 Click on the + button and enter the Software Version External Identifier.

Now it will begin to downgrade your app to any version you want.