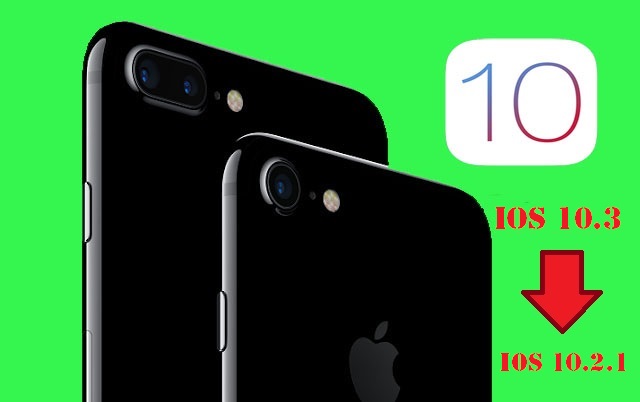 Apple has released an official version of iOS 10.3 for the iPhone, iPad, and iPod touch which includes bug fixes and security improvements. What’s new in iOS 10.3?
With the release of its new version of iOS 10.3, many of you have already downloaded the latest iOS version of 10.3 on your iPhone, iPad and iPod touch to get some new features and improvements but if you are a jailbroken user and waiting for iOS 10.2.1 Jailbreak in future then we recommend you to downgrade immediately iOS 10.3 to iOS 10.2.1 firmware.

First of all, you need to download the iOS 10.2.1 firmware file for your device from our Download page.

That’s it. Your device should now be successfully downgraded to iOS 10.2.1 from iOS 10.3.
Stick with us for more news, rumors, tips and tricks and many more regarding iOS devices and Stay updated and don’t forget to follows us on Facebook, Twitter, Google+, or RSS.
Downgrdae iOS 10.3iOS10tipsandtricks
Share