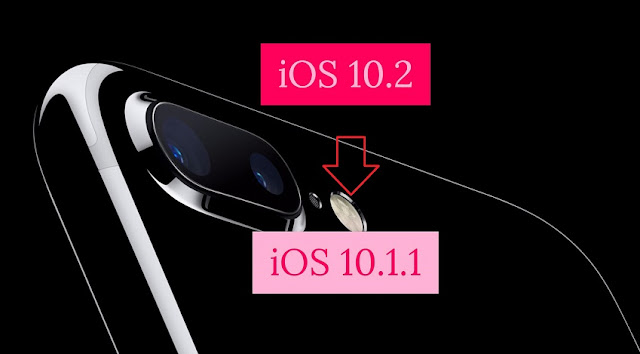 Apple has officially released the final version of iOS 10.2 just earlier this
week for iPhone, iPad and iPod touch with full release notes featuring new TV
app, new emojis, new iPhone 7 and iPhone 7 Plus wallpapers, additional
camera features and some changes in Apple Music with bugs fixes and other
improvements.
With the release of its new version of iOS
10.2, many of you have already downloadede the latest iOS version of 10.2 on
your iPhone, iPad and iPod touch to get some new features but if you are a
jailborken user and waiting for iOS 10 Jailbreak then we recommend you to
downgrade iOS 10.2 to iOS 10.1.1 as a well-known hacker and a security
researcher Luca Todesco has announced that he will likely release a Jailbreak
for iOS 10.1.1 very soon that will work on the iPhone 7. He has not
mention whether an iOS 10.1.1 Jailbreak will be for iPhone 7 Plus and
lower devices like iPhone 6s, iPhone 6S Plus, iPhone 6 etc or not.

If you do not care about Jailbreak then you can upgrade to iOS 10.2 at any
time. Click here to see How to install iOS 10.2 on iPhone,
iPad and iPod Touch

How to downgrade iPhone, iPad and iPod touch from iOS 10.2 to iOS 10.1.1
That’s it. Your device should now be
successfully downgraded to iOS 10.2 from iOS 10.1.1.
Also See
Why you should Jailbreak your
iPhone
iOS 10.1.1 Jailbreak is on the Way and is likely to
release soon
Related Posts

Nov 2, 2019
Prev Next 1 of 266
Stick with us for more news, rumors,
tips and tricks and many more regarding iOS devices and Stay updated and
don’t forget to follows us on Facebook, Twitter, Google+, or RSS.
iOS10tipsandtricks
Share

Cydia Tweak 3DColorChanger: Lets you choose the color for 3D…

How to Recover Deleted Message on iPhone [Sponsored]