How to Enable Low Power Mode on iPhone Using Siri 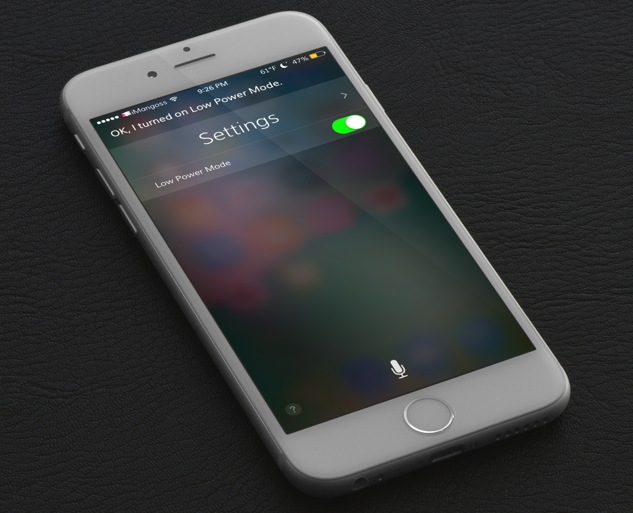 Now Siri can help you enable Low PowerMode on your iPhone very quickly. As Apple introduces Low Power Mode on iOS 9
which actually fixes battery life and we always has a big concern about the
battery life and its improvements on our iPhones and iPads.

Enabling Low Power Mode on iOS 9 is
little bit terrible which certainly takes some time to activate that so with
the use of Siri you can quickly enable or disable low power mode by a simple
command.

Siri is a virtual assistant with a
voice-controlled natural language interface to help perform personal tasks for
iOS users like sending messages, placing calls and much more. Siri is simply
intelligent enough to understand your commands with lots of feature in it. So I
personally recommend using Siri as well.
How to Enable/Disable Low Power Mode on
iPhone/iPad Using Siri 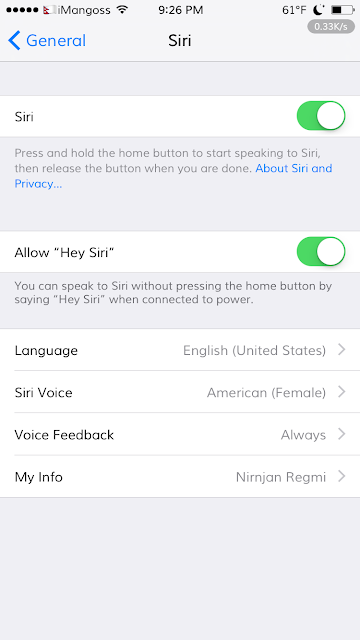 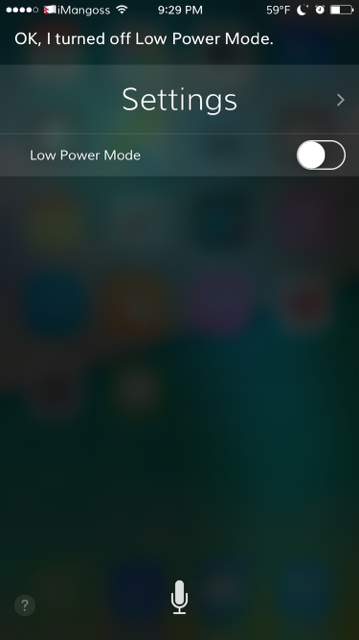 That’s it. You can now quickly enable or disable
low power mode on your iPhone using Siri.
Related Posts

Get Apple Watch-inspired clocks to your iPhone’s Lock screen…