Facebook
Twitter
Pinterest
ReddIt
Apple seeded iOS 10 beta 1st to
developers earlier this week at its WWDC 2016. It is not available for public yet.
At the moment the iOS 10 beta is only available for developers. If you’re not a
developer then you can join the Apple Developer Program, which includes a
signup fee of $100. 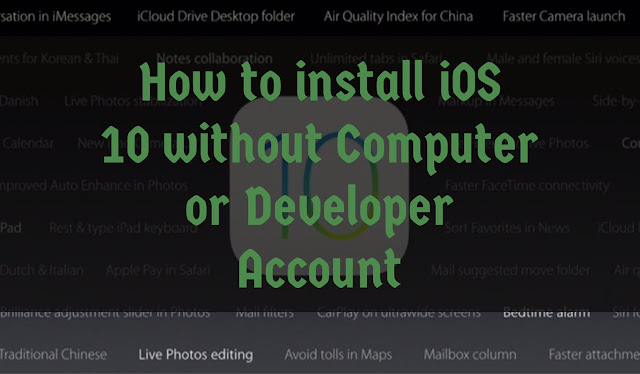 iOS 10 comes with lots of new features like a new and
smarter Siri, improved iMessages redesigned Apple Music app, Maps, and News and
more which is likely to be available for public betas in July at beta.apple.com and
will be officially released in this fall.
But you can install the latest iOS 10 beta on your iPhone, iPad and iPod Touch without Computer or Developer Account. This could be strange but with the simple tutorial posted by EverythingApplePro in YouTube, you can install iOS 10 beta right from your iPhone or iPad via DropBox and OTA. For this, you don’t need developer account or any computer and its super easy.
How To Install iOS 10 on iPhone, iPad or
iPod Touch without Computer or Developer Account
Step 1: Go to this link1 or link2 using Safari Browser on your iPhone, iPad or iPad Touch.
Step 2: Tap the Download button from the
top right corner 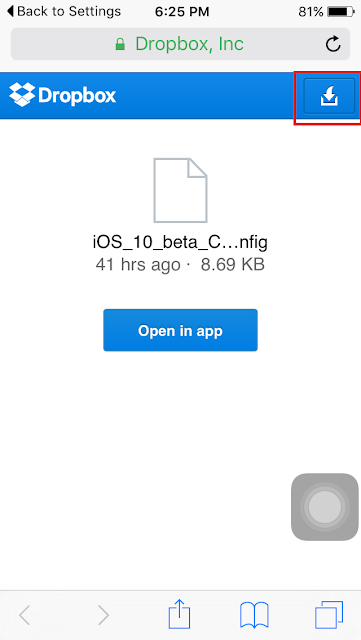 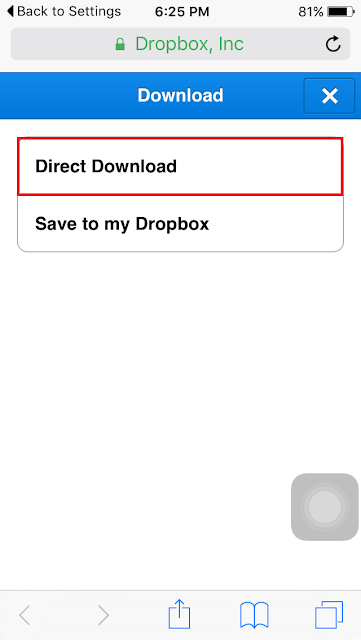 Step 4: You will be redirected to
install iOS 10 beta 1 profile. 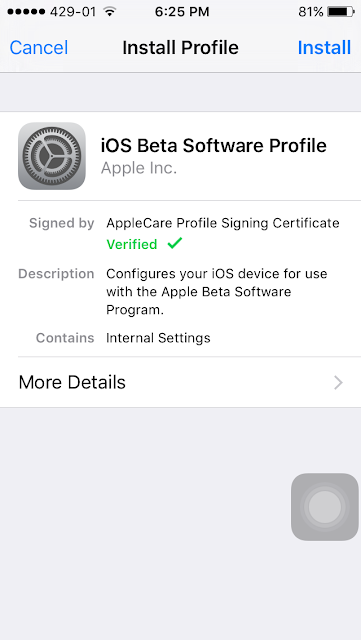 Step 5: Now Hit install. You will be
asked to enter your passcode. Enter it. 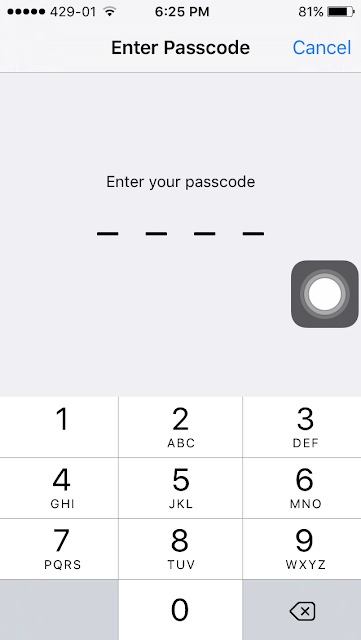 Step 6: Again tap install twice. After
that you need to reboot your device. 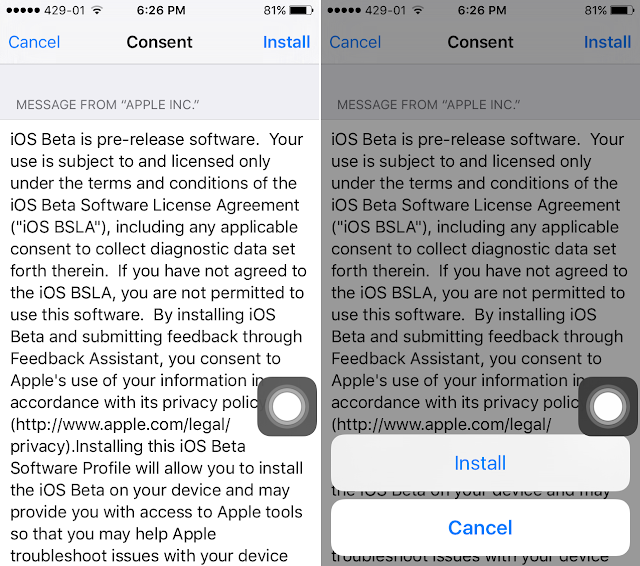 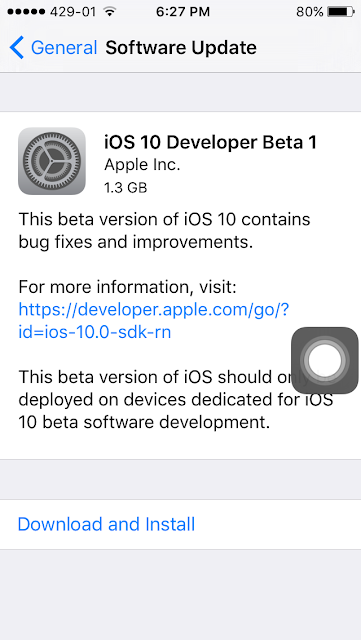 It will begin to download iOS 10 beta 1.
The size is bit larger so it might take time according to your internet speed. 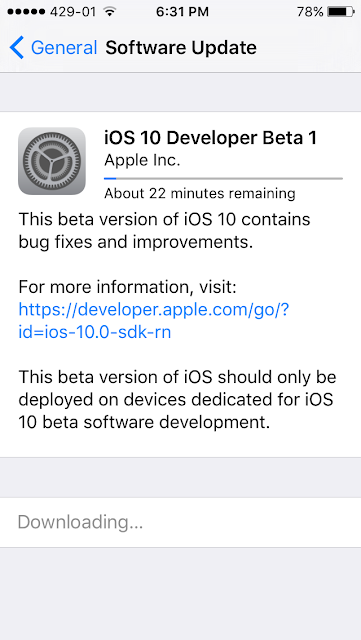 Once the download is completed, it will automatically install iOS 10 on your
device.
That’s it. You have now successfully
install iOS 10 on your iPhone, iPad and iPod touch without developer account.
After this you will be able to install future
updates of iOS 10 betas from within your device without having to follow these
steps again.