How to install iOS 10.3.2 on iPhone/iPad using iTunes or OTA software update 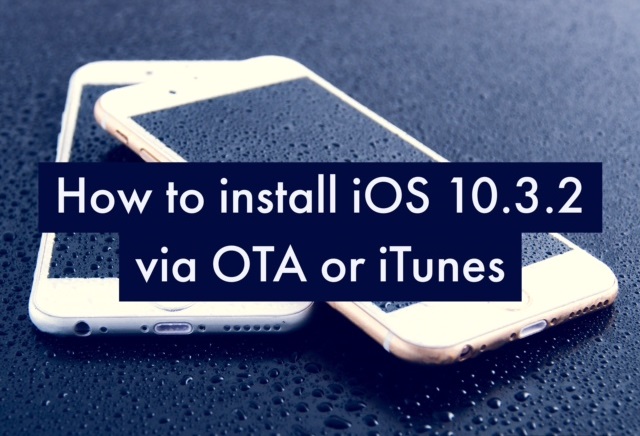 Nov 2, 2019
Prev Next 1 of 302
iOS 10.3.2 is available for download via
an over-the-air update or through iTunes for iPhone, iPad and iPod touch. You
can update by navigating to Settings app > General > Software Update
> Install or you can install iOS 10.3.2 on iPhone using iTunes by connecting your device directly
and manually.
iOS 10.3.2
Compatibility
iOS 10.3.2 is
compatible with the following iOS devices: 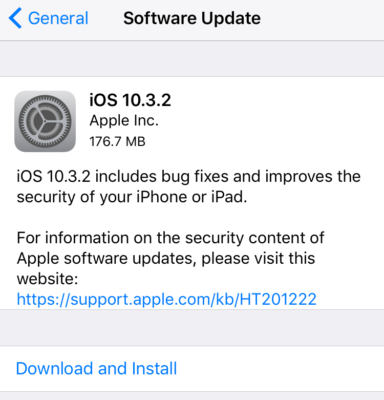 If your device is already jailbroken
then the steps mentioned above does not apply. So you need to install directly
or manually from iTunes as follows;


How to Install iOS 10.3.2 on iPhone Using iTunes
Direct Method:
Connect your device to iTunes (Latest
Version) > Select your device> And hit restore if you want
clean install iOS 10.3.2 or hit update if you want move from previous
iOS version.
It will first download the .ipsw
firmware file and it begins with the restore process. But while doing this you
need good internet connectivity. If you lose your internet connectivity you
cannot resume your download. So it’s better to restore or update your device
via iTunes manually.
Manual Method:
To install iOS 10.3.2 on your
device like iPhone-iPad, Simply Download the .ipsw firmware file for your
device from our download page — Open
iTunes — Go to Summary of your iPhone — Hit Shift key
and Click on Restore iPhone or Update iPhone.

Now select the downloaded iOS 10.3.2
.ipsw file.
The restoring process takes a while so
don’t panic. After rebooting several times your device will be loaded with the
latest iOS 10.3.2 software version.

Jailbreakers should stay away from this update as it will lose your jailbreak.
Since there is still no jailbreak yet for iOS 10.3.2 and can downgrade
your iPhone-iPad from iOS 10.3.2 to iOS 10.3.1 for future jailbreak because
Apple might stops signing the iOS 10.3.1 in the coming days. Downgrading back
to iOS 10.3.1 from iOS 10.3.2 will be impossible.
Note: Backup your device before
performing this action
And don’t forget to follow us on Social
Networks like Facebook, Twitter, Google+, or RSS for
more updates if you haven’t already.
iOS10.3.2tipsandtricks
Share